There are a few initiatives working to mitigate the problem of food access within the West Ward. These initiatives vary from local organizations, Lafayette College initiatives, government-funded projects, and regional programs. Each have taken a different approach in achieving the aim of providing residents of the West Ward with healthy, affordable, locally-sourced food options.

Buy Fresh Buy Local is sponsored by a national organization called The Food Trust, which has gained funds from federal Block Grants. Using these funds from The Food Trust, the local chapter of Buy Fresh Buy Local is heading an initiative to get fresh food into local corner stores, appropriately named the Healthy Corner Store Initiative. As access to supermarkets in the West Ward is incredibly limited, most residents rely on these corner stores as their primary source of groceries. When these corner stores only supply highly processed foods at inexpensive prices, the residents of the West Ward are far more likely to purchase these produce than healthy food options that are much less accessible and more expensive. By bringing affordably, healthy food choices to the food purveyors most often used by residents, Buy Fresh Buy Local has helped to bring fresh produce into the homes of West Ward families. 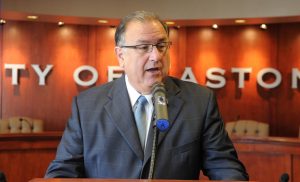 The Kellyn Foundation is a local non-profit started by two urban-professionals-turned-activists, Eric Ruth and Meagan Grega. The Foundation focuses on aspects of family, community, and individual wellness, and crafts its programs around giving its clients non-disruptive yet effective ways to incorporate personal health and fitness into their daily lifestyles. On the community level, Kellyn works with local schools to include a garden that provides fresh produce for school lunches. This program also gives students the opportunity to participate in growing their own produce and become connected to the process of food production. Kellyn also provides vouchers and incentives to buy fresh food at local food markets. 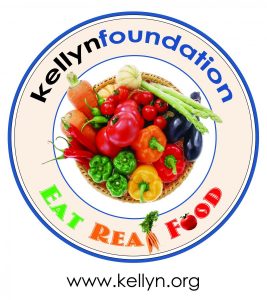 Members of the Lafayette College community have found a variety of ways to get involved with the issue of food access in the West Ward. Through the EXCEL Scholarship Program, which funds student positions for working with Lafayette professors, Lafayette student-professor teams created initiatives to bring locally grown produce into the West Ward. What began as the Veggie Van, and later became the Veggie Stand, initiative involved Lafayette students and professors gathering produce grown at Lafayette’s “LaFarm,” bringing it into the West Ward, and giving it away to residents free of charge. This innovative solution eliminates issues created by the transportation gap and the income gap, which are two substantial obstacles that normally prevent West Ward residents from having access to fresh and healthy produce. The Veggie Stand has received funding from the City of Easton via a push from the Mayor to the Easton City Council. However, this program also comes with obstacles of its own. Namely, the system is based on donations, which makes it difficult to sustain, and there is no ability to expand the quantity of food grown and distributed beyond what the donated funds and supplies make available.

The Lafayette Technology Clinic has also worked on food access injustice in Easton’s West Ward. The TechClinic conducted immense amounts of research over several years between 2012 and 2017 to gather data analyzing the food access issue and pinpointing the most effective ways to provide solutions. Through initiatives like the Bucket Garden Program (which teaches students how to grow their own vegetables), the TechClinic sought to introduce education of and access to healthy food options to residents in the West Ward beginning with the children–who are possibly the demographic most marginalized by issues of food access injustice because of the limited agency in determining the food options made available to them.

Who Could Be Addressing the Issue?

Of the many entities working on the food access issue in the West Ward, there are several other bodies that could be contributing much more to the injustice than they currently are (if at all). A logical candidate would be the Easton Environmental Advisory Committee. However, the Committee “works best when directly tasked with a project, and even then can only make suggestions, rather than required actions” (Will the Architect). Thus, it would have to first be given an assignment concerning gathering data to make recommendations on food access in the West Ward.   This function would have to be filled by a local governing body with authority, such as the Easton City Council. While the City Council was willing to give funding support to the Veggie Stand initiative, te Council has overall been only meagerly involved in the challenges facing the West Ward compared to the ample opportunity for improvement efforts. Furthermore, the City Council has acted favorably toward the various projects to gentrify Easton’s “Historic Downtown,” including expanding and promoting new culinary options, meanwhile little effort is made to provide access to affordable, healthy food within the community most in need of it.

On the state level, state representatives could be compelled to be more involved with the issue of food access in the West Ward, and other more impoverished communities in PA. The state has been hesitant to endorse/fund healthy food initiatives, which relates to the recognition justice issue discussed in the slidecast on the site’s homepage. The legislature in PA consistently fails to recognize the West Ward as a food desert. Furthermore, residents of the West Ward are hindered via the education gap and the transportation gap from being able to participate in procedural justice avenues–such as participating on deliberative bodies like the School Board, Zoning Board, and City Council. These same “gaps” also serves as disincentive from participating in more pluralist justice opportunities, like raising issues concerning food access at public forums. Beginning to break down these barriers–for example, by holding public forums in the West Ward, and offering venues of feedback in multiple languages–is vital if the root of food access injustice in the West Ward is to ever be wholly addressed.