To learn about Climate and environmental justice in Easton, pa relating to flooding, Listen to our video below 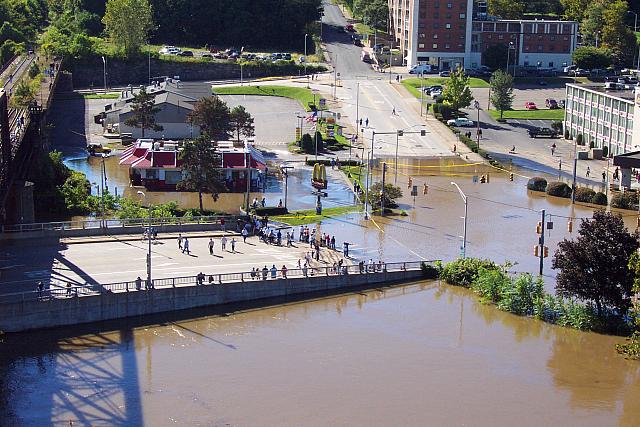 Easton is a flooding city with a history of major floods in the recent past. 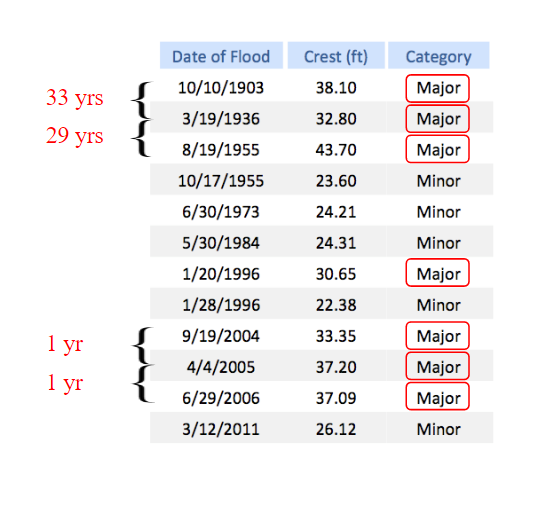 The recent major floods were only one year apart. This made it very difficult for people living in the 100 year and 500 year flood plain to rebuild. This brought up many cases of injustice in the community. Previous to this string of major floods were the floods of 1903, 1936 and 1955, which were about three decades apart. Although one natural event cannot be attributed to climate change, it is evident locally in Easton that flooding is unusually increasing  in frequency. 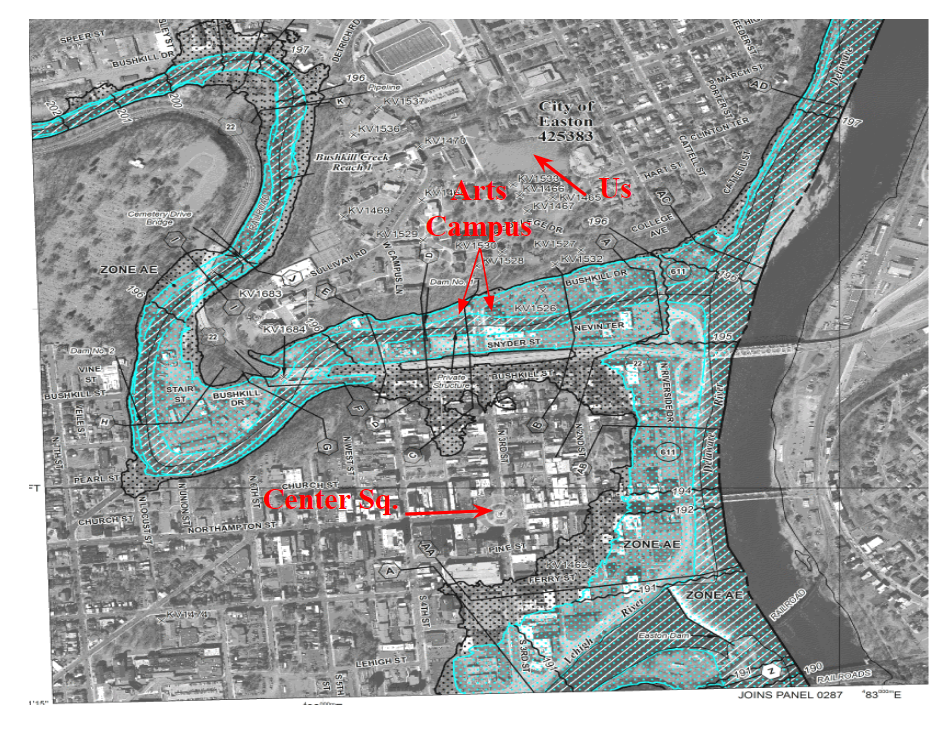 The figure above shows Lafayette’s location compared to the 100 year and 500 year floodplain.

The string of costs and damages due to the recent major floodings led to a positive outcome: tougher flood regulations and the formation of the Nurture Nature Center (NNC), a dynamic center for community learning about local environmental risks.

An interview with the director of NNC, Rachel Carr, can be found here. 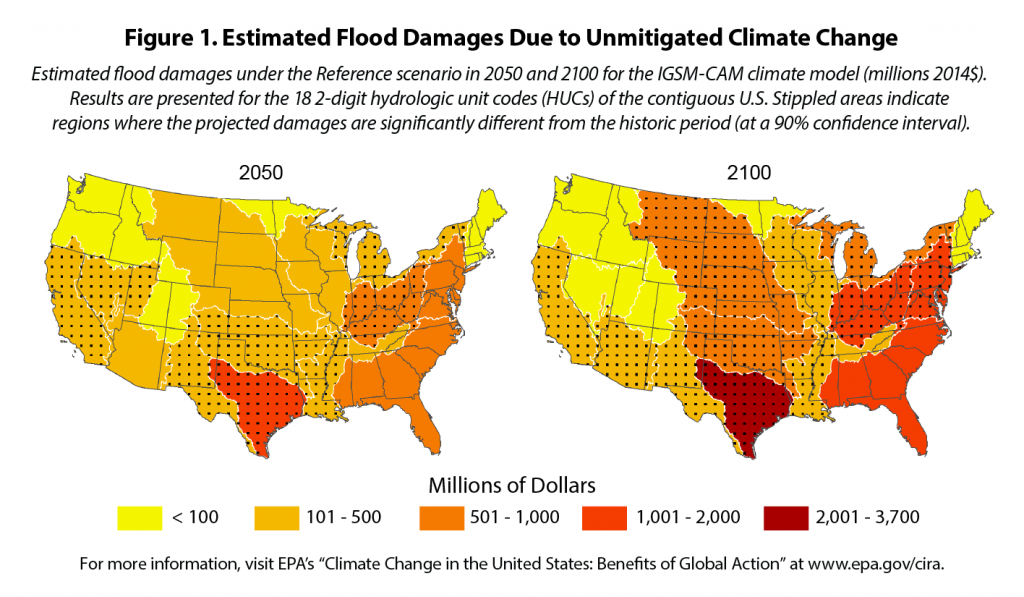 The northeastern region of the US is expected to have one of the costliest damages to property out of the whole country. This area is disproportionately affected by flooding compared to the rest of the US

How will climate change impact flooding?

In the Northeast, big storms that historically would only be seen once every 20 years are projected to happen as much as every 4 to 6 years by the end of the 21st century.

Storms will increase in intensity

Because warmer air can hold more water, climate change will give the potential for stronger rainfall events.

At the same time, shifts in snowfall patterns, the onset of spring, and river-ice melting may all exacerbate flooding risks.

Climate change causes there to be more of these intense, short-duration storms that happen in relatively small geographic areas, which causes flash floods. These floods are not your typical overland flow (river overflowing its banks) but flashes that overwhelm sewers and drains.

Climatic events will be more unpredictable

Climate change may also result in changes to large-scale atmospheric circulation patterns like the jet stream, which are harder for climate simulations to predict.

FEMA maps do not take into rainfall changes on account of climate change.

Over the past couple of years, FEMA has begun to consider climate change in its flood analyses. An executive order from the White House now requires it, and the agency is also proposing new operating procedures that require research into the effects of climate change on flooding. But there’s a time-lag problem: FEMA only updates its insurance flood maps every five years. Climate scientists fear that the weather may be changing faster than that.

Now with the current administration and the proposed budget cuts to FEMA the future of FEMA is uncertain.