What is Caffeine Addiction?

The DSM-5 states that caffeine addiction cannot be diagnosed as a substance use disorder. There is sufficient evidence to support this as a condition, however it is not yet clear to what extent it is a clinically significant disorder. To encourage further research on the impact of this condition, caffeine use disorder is included in Section III of DSM-5. 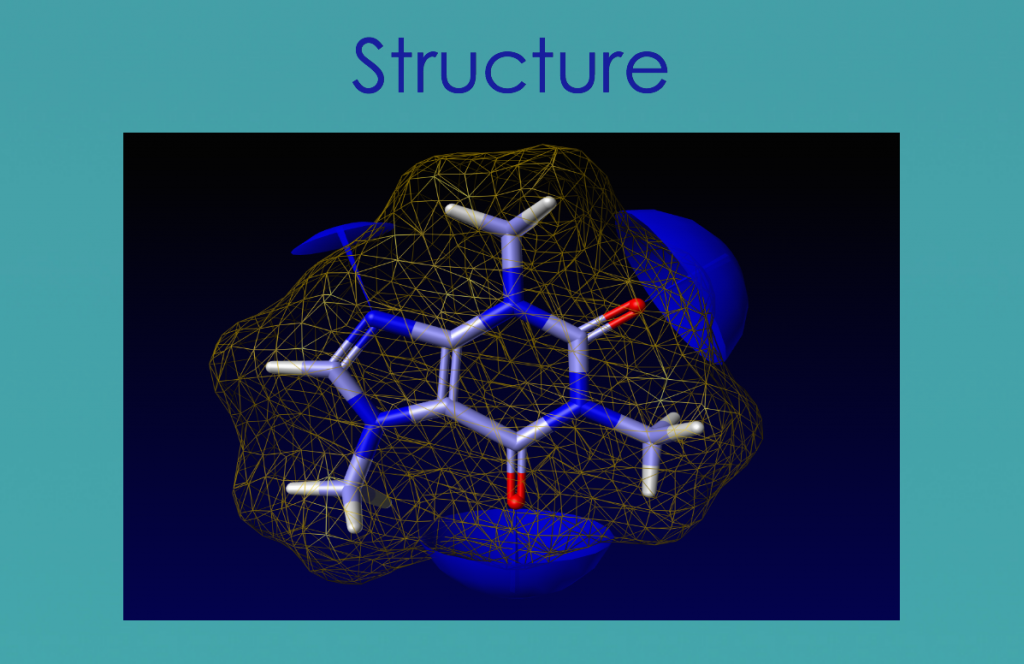 Caffeine is a compound commonly found in products like coffee, tea, and energy drinks. Its chemical formula is C8H10N4O2. The structure  of caffeine is related to adenine and guanine, which are chemicals found in DNA. Caffeine acts as a stimulant in the brain, blocking receptors for a molecule called adenosine, which is responsible for inducing sleep and drowsiness. Research has shown that caffeine does not interact with the reward pathway like other stimulants (cocaine, amphetamine, etc.), meaning it does not increase the release of dopamine in the nucleus accumbens. Instead, caffeine interacts with certain dopamine receptors in the nucleus accumbens and basal ganglia to increase transmission of dopamine. For more information about the general mechanisms of addiction, click here. 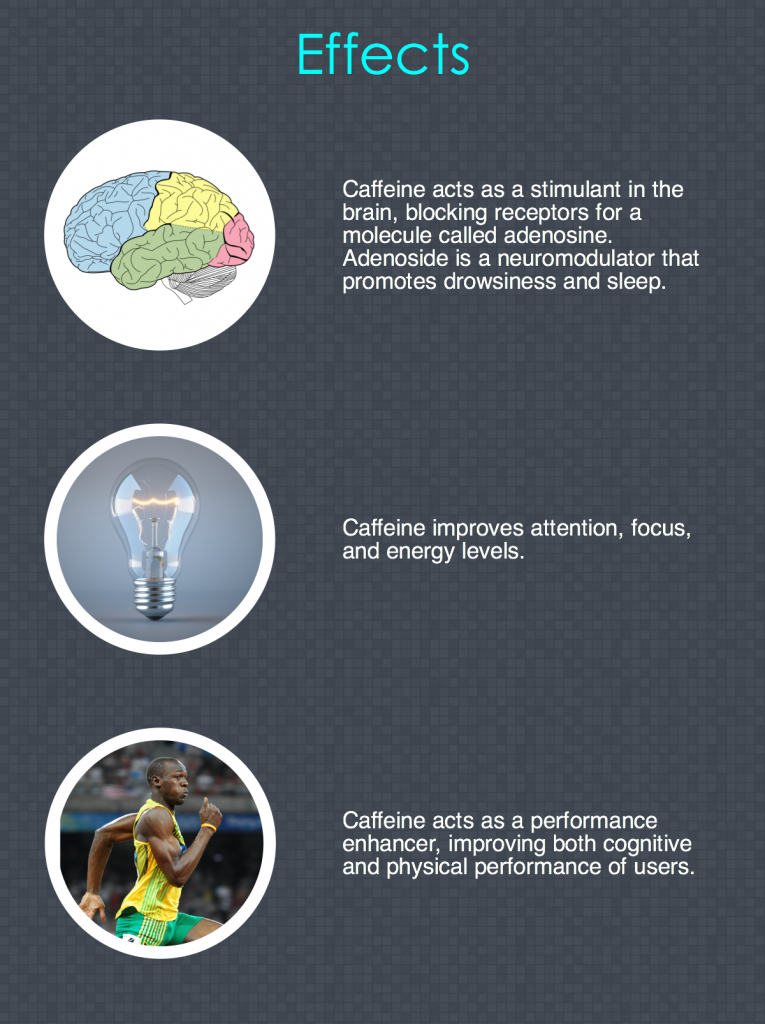 Average intake of caffeine is 280 milligrams per day; this is equivalent to 2 cups of coffee or 7 soft drinks! Pie Charts below depict the breakdown in percentages of adult regular consumers and children regular consumers of North America. 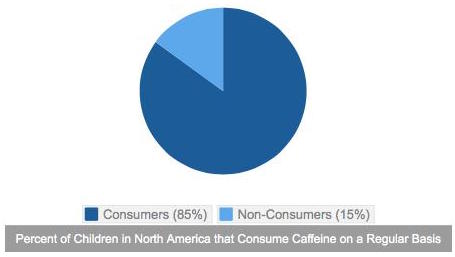 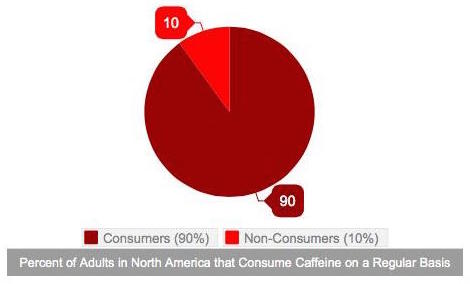 The DSM- 5 notes caffeine withdrawal as any withdrawal syndrome that occurs after abrupt cessation of caffeine intake. Disappearance of symptoms occurs as soon as caffeine consumption is resumed. Headache, the most common symptom, is often throbbing, sensitive to movement, and persistent. Research shows that as little as two to three cups of coffee can trigger a withdrawal effect marked by tiredness or sleepiness. More research about addiction and withdrawal symptoms can be found here and here. 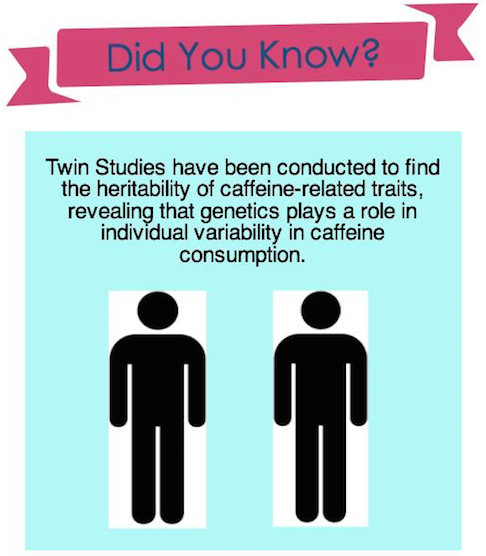 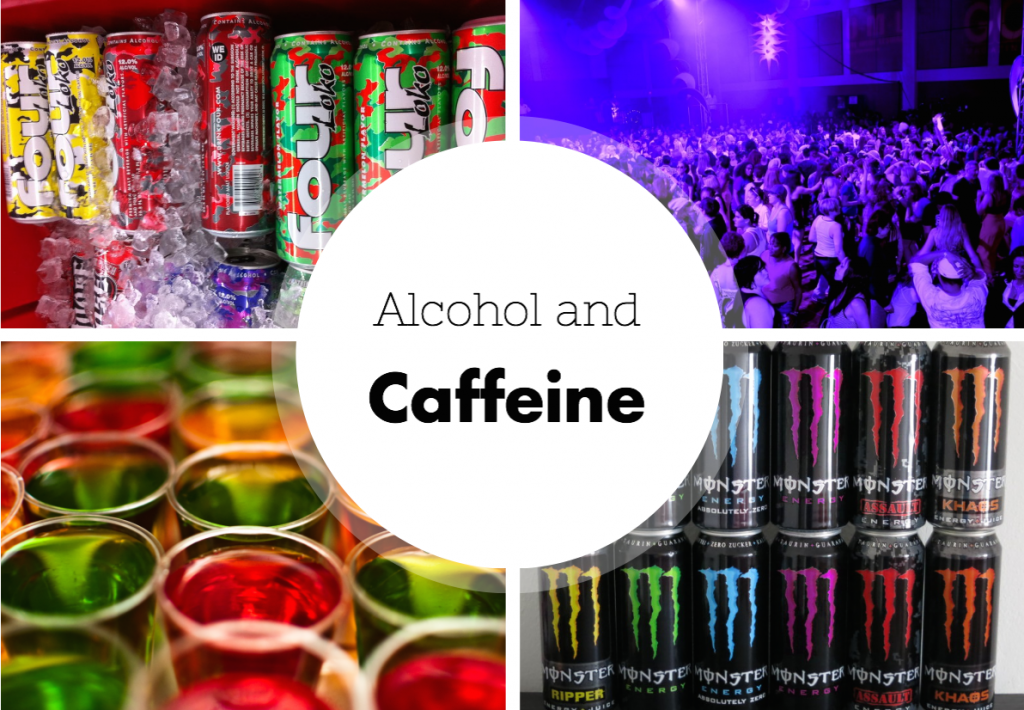 It is becoming increasingly prevalent for people to mix caffeine and alcohol, especially on college campuses. Almost 25% of college students report mixing these two substances. The intake of caffeine with alcohol can decrease the perceived intoxication of the user, causing increased alcohol consumption. Research has shown that the combination of the stimulant and depressant can cause people to be at a higher risk for alcohol related consequences and alcohol related injuries. More information about alcohol can be found here.

Buzzfeed Quiz: Which Caffeine Product is right for you! Click here to take the quiz!