The French section at Lafayette regularly offers a variety of talks and cultural events; to name a few, 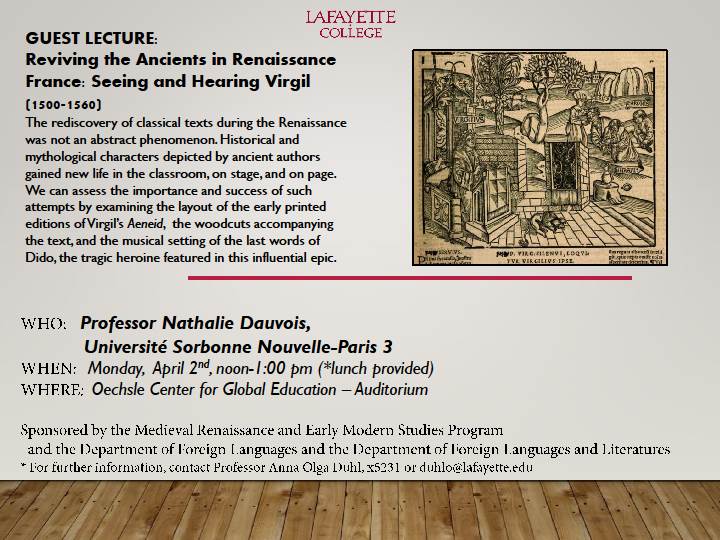 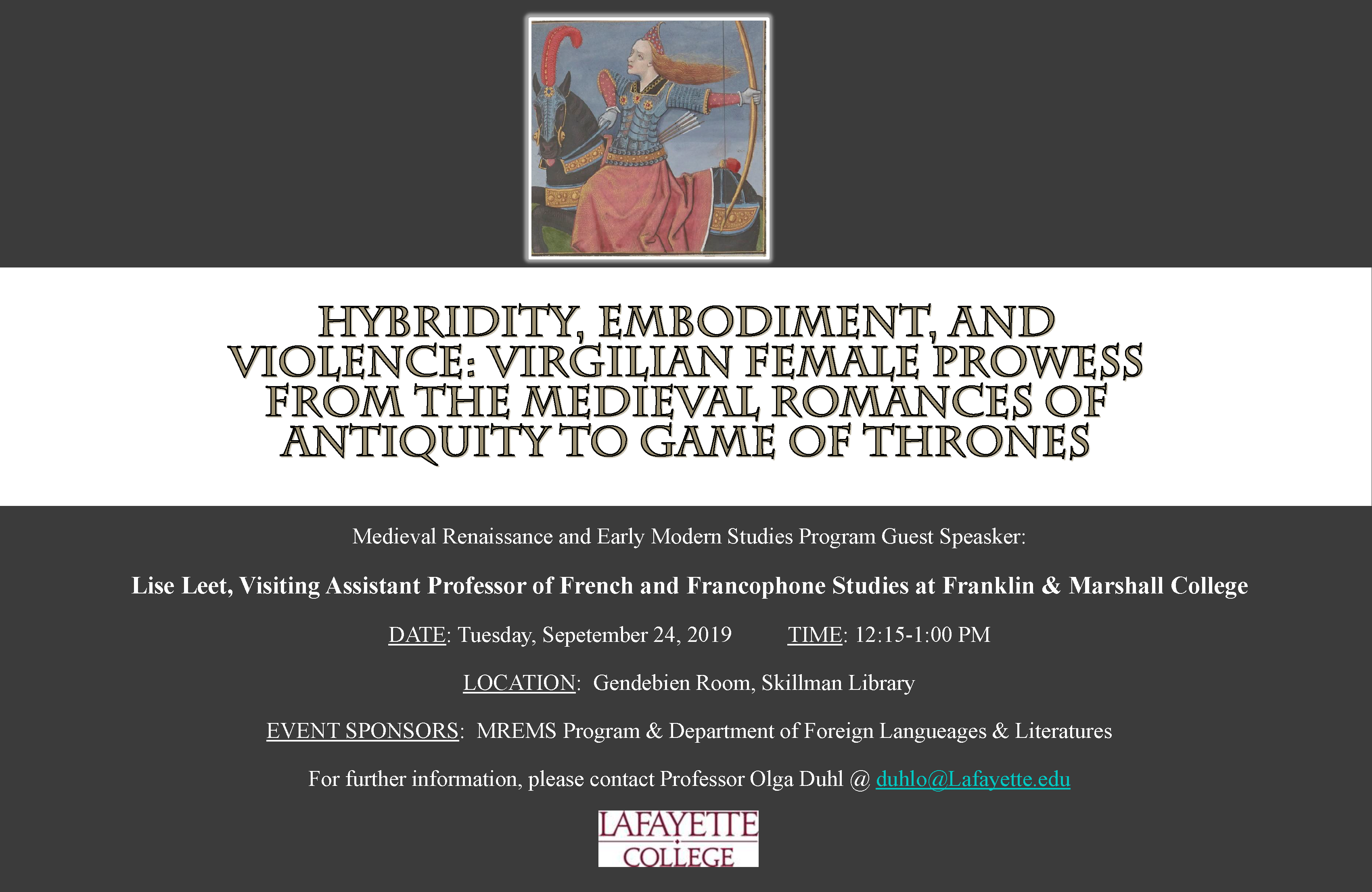 Spotlight on our French professors:

Professor Olga Anna Duhl, Oliver E. Williams Professor of Languages, talks about her endowed professorship and its history, her academic focus on late Medieval and early Renaissance French literature and culture, as a well as a favorite song. 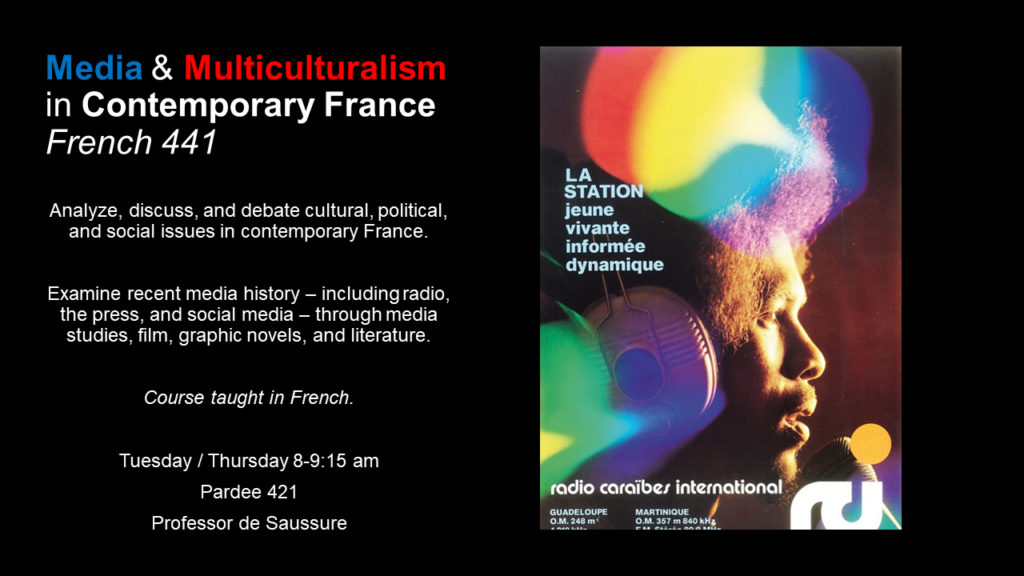 Lafayette has several unique partnerships with Francophones around the world and in the USA.  Do take a look at these special connections. Poems written by Jennifer S. ’20,  Celeste F. ’22, and Beatriz A. ’23 were  published in the American Journal of French Studies – Spring 2019 edition.  Their poems were selected by the American Journal of French Studies’ committee for the spring 2019 poetry contest, hosted by the Louisiana State University. The committee  received more than 200+ contributions.  Beatriz  ranked 8th.
Furthermore, Celeste  was also selected for another publication in a 2019 international poetry contest in France: “Poésie en liberté.” She received a special award for her poem “Chez moi” (“At Home”): https://www.poesie-en-liberte.fr/resultats-2019/.

Spotlight on our student scholars:

Zainab X, working with Prof. Anna Olga Duhl presented : The Sword, the Rose, and the Pen, Constructing Identity in the French Medieval and Renaissance Art and Culture

Graduates: What our students are doing! 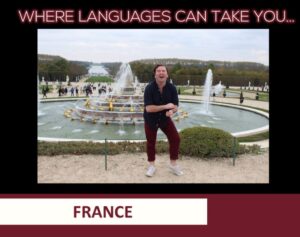 “I think of what the world could be
A vision of the one I see
A million dreams is all it’s gonna take.”

I made a 10 year dream of moving to Paris come true. I couldn’t be happier. 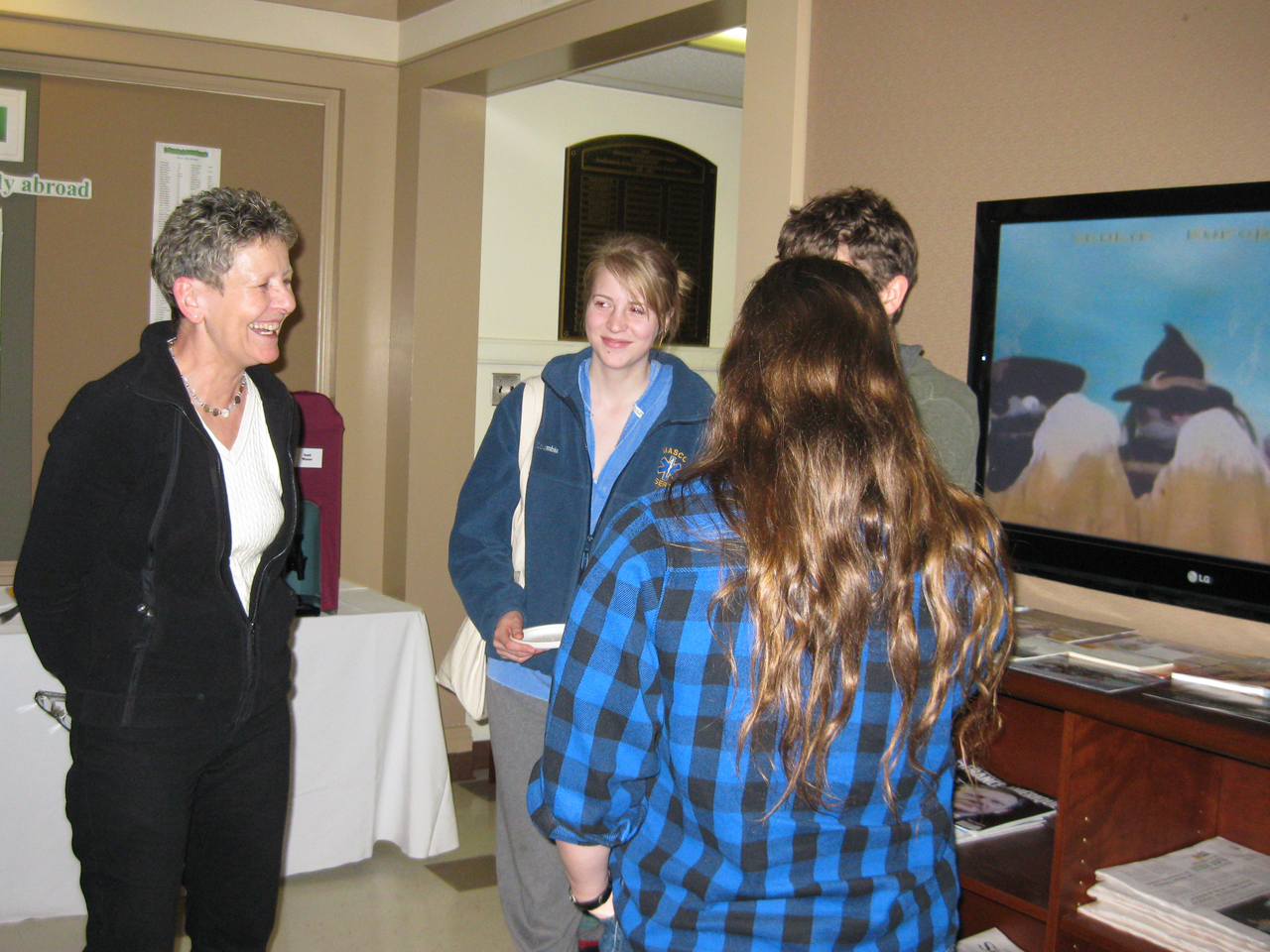 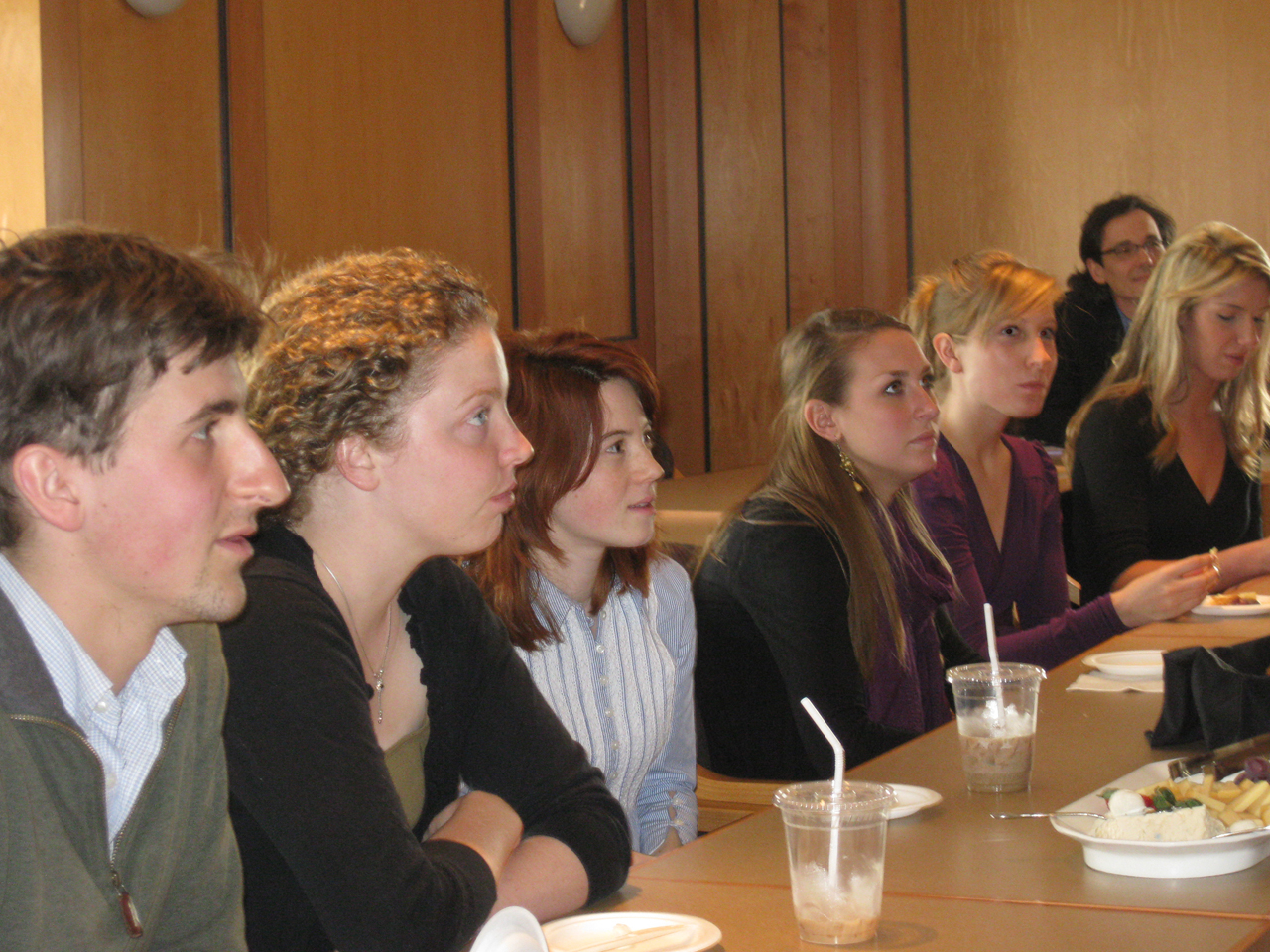 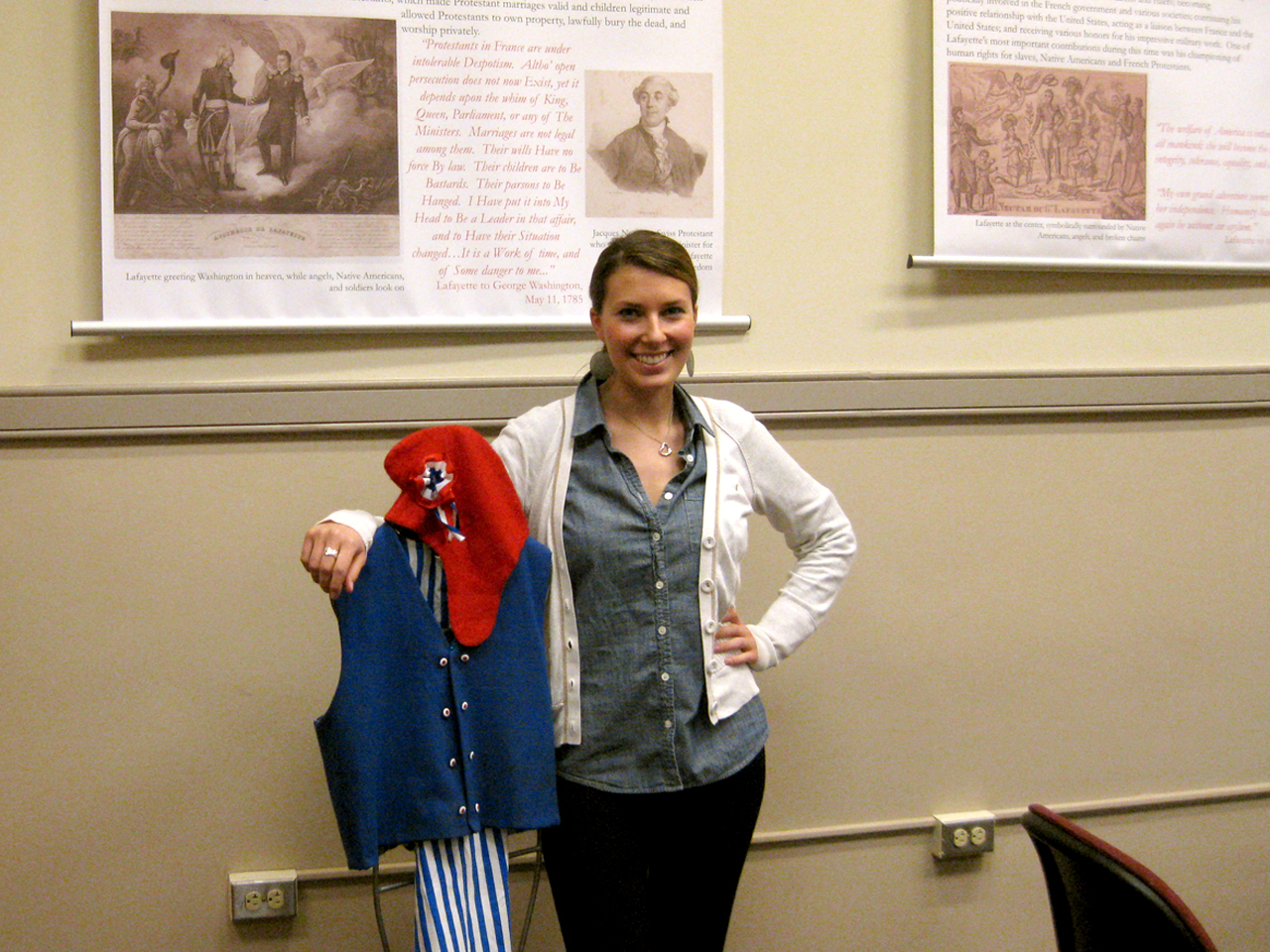 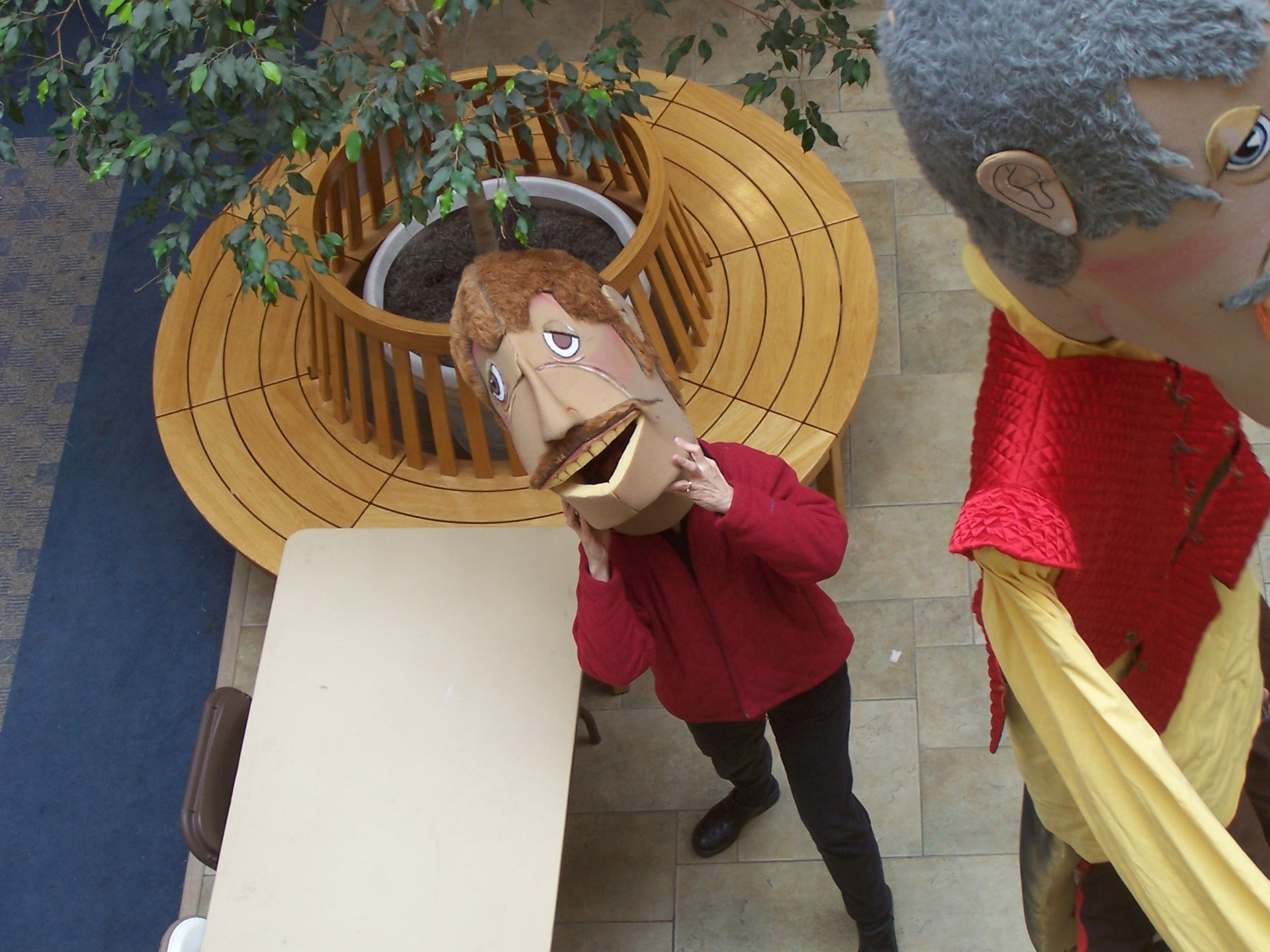 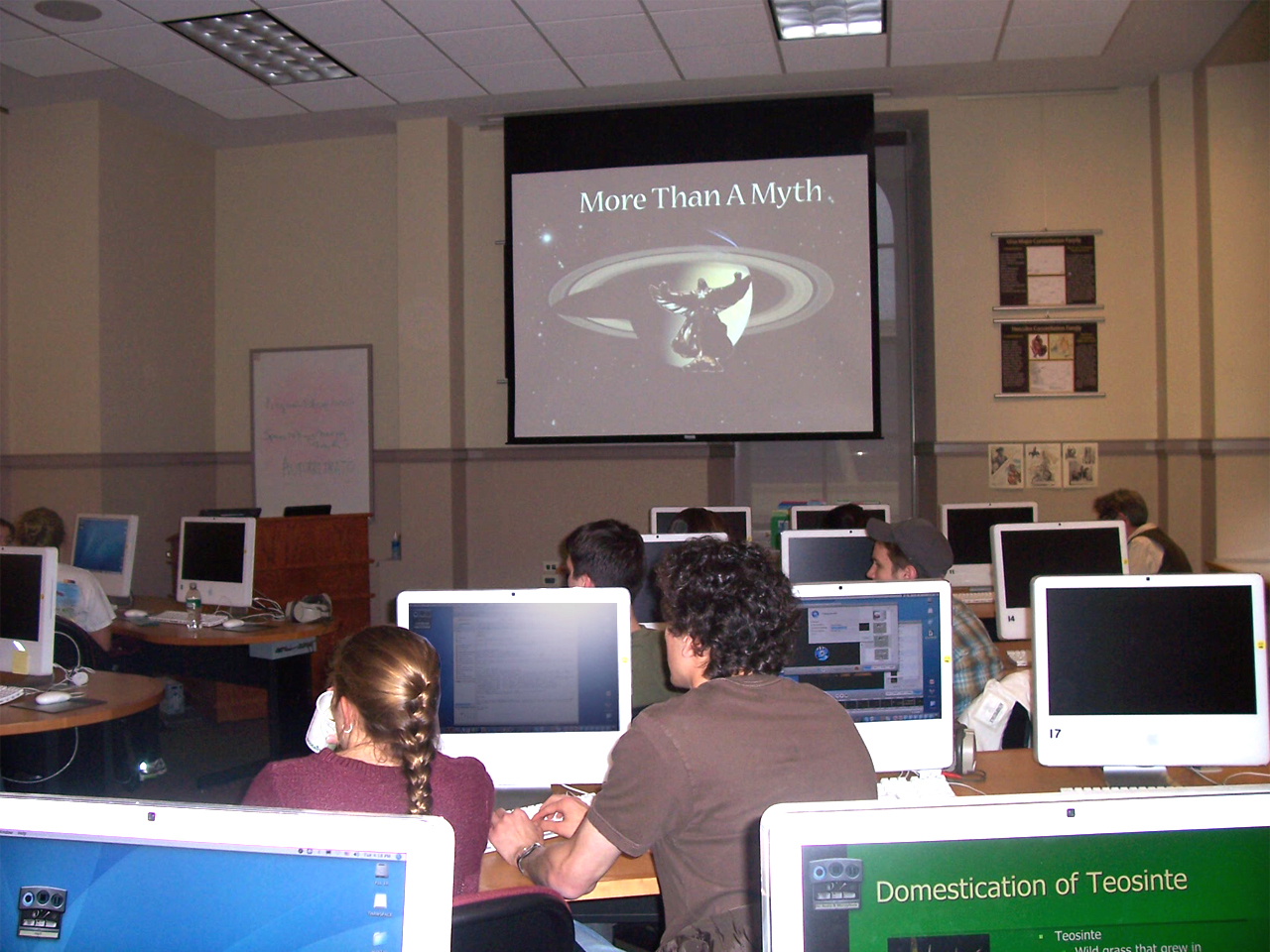 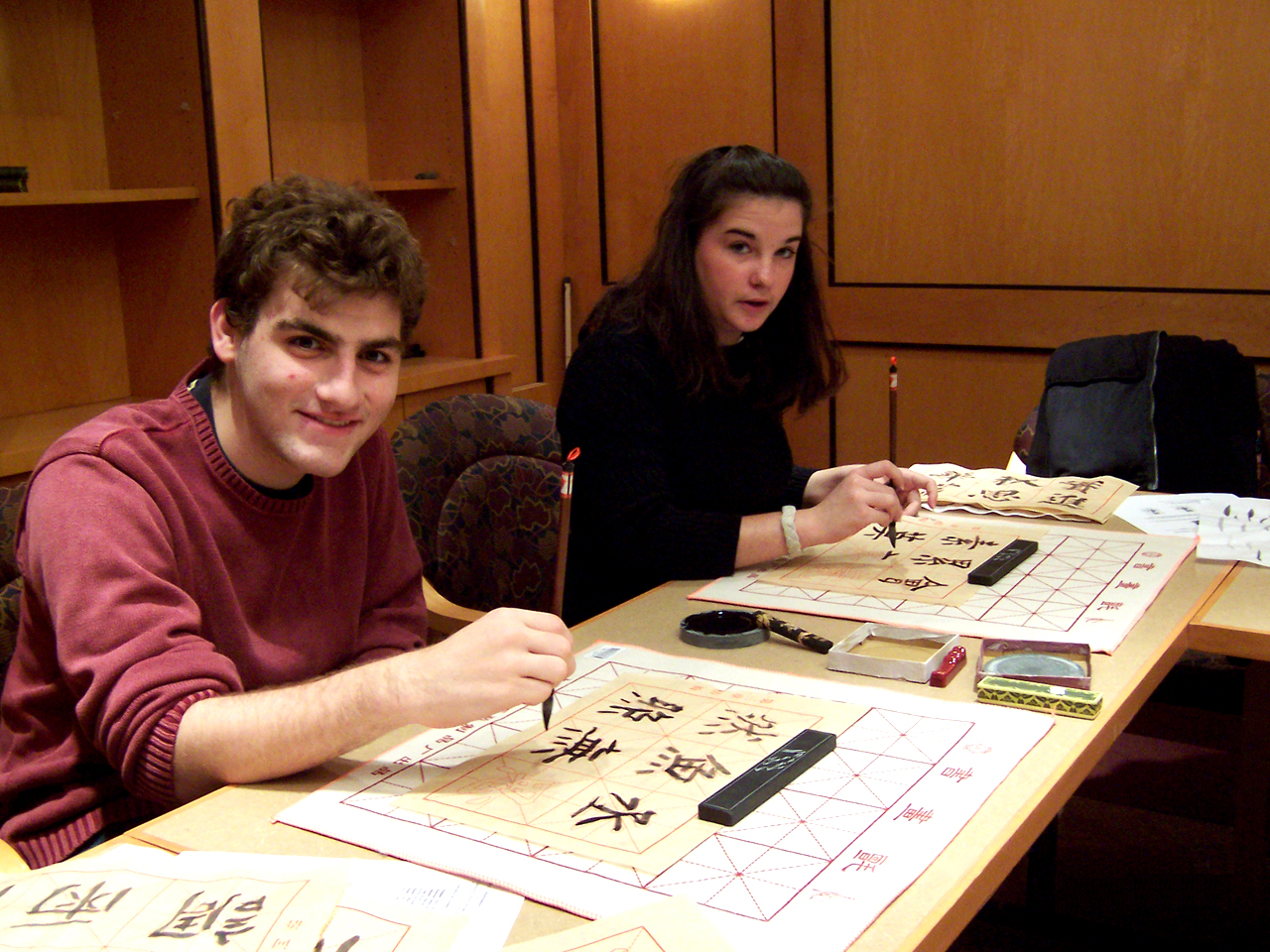 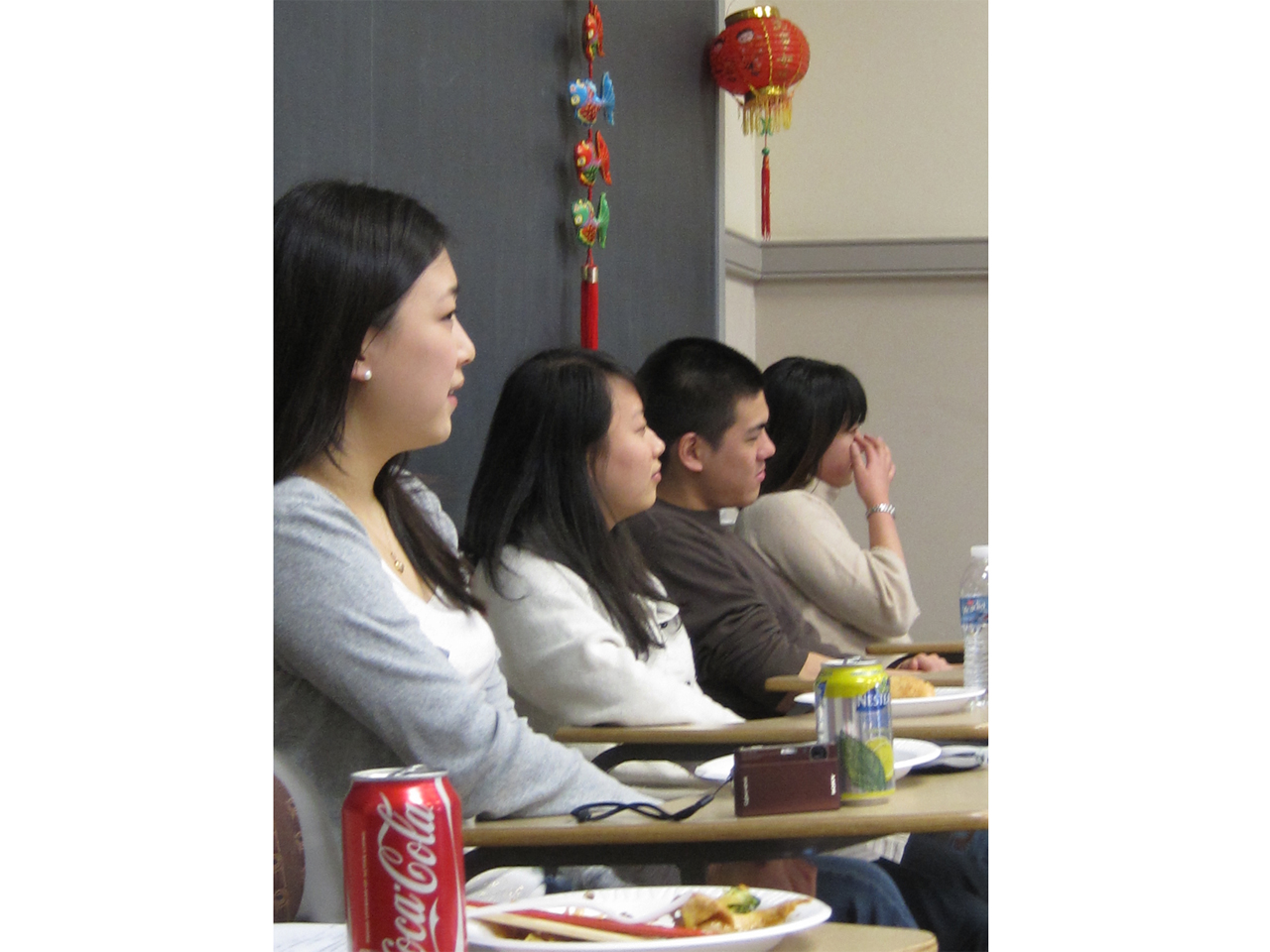 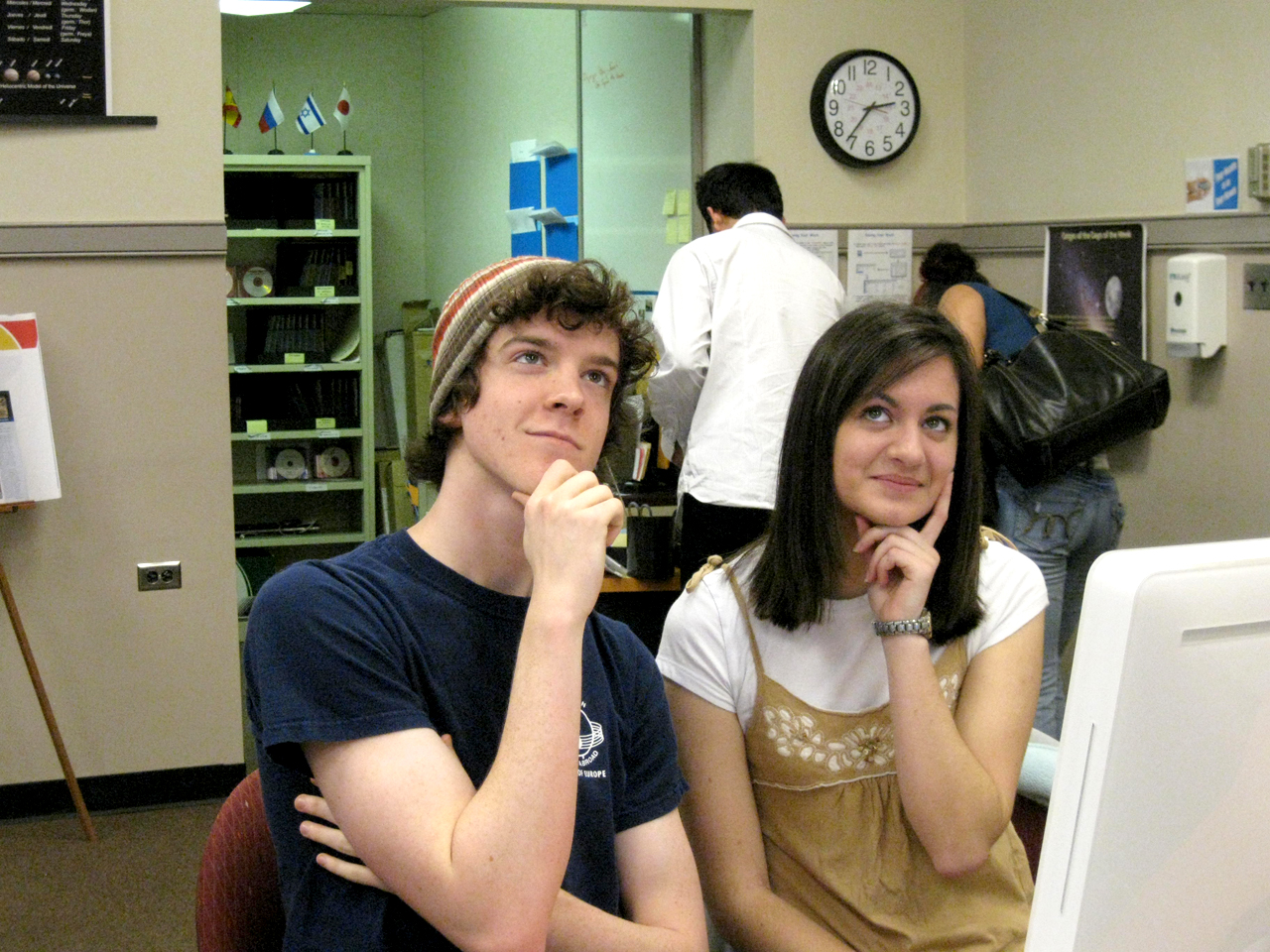 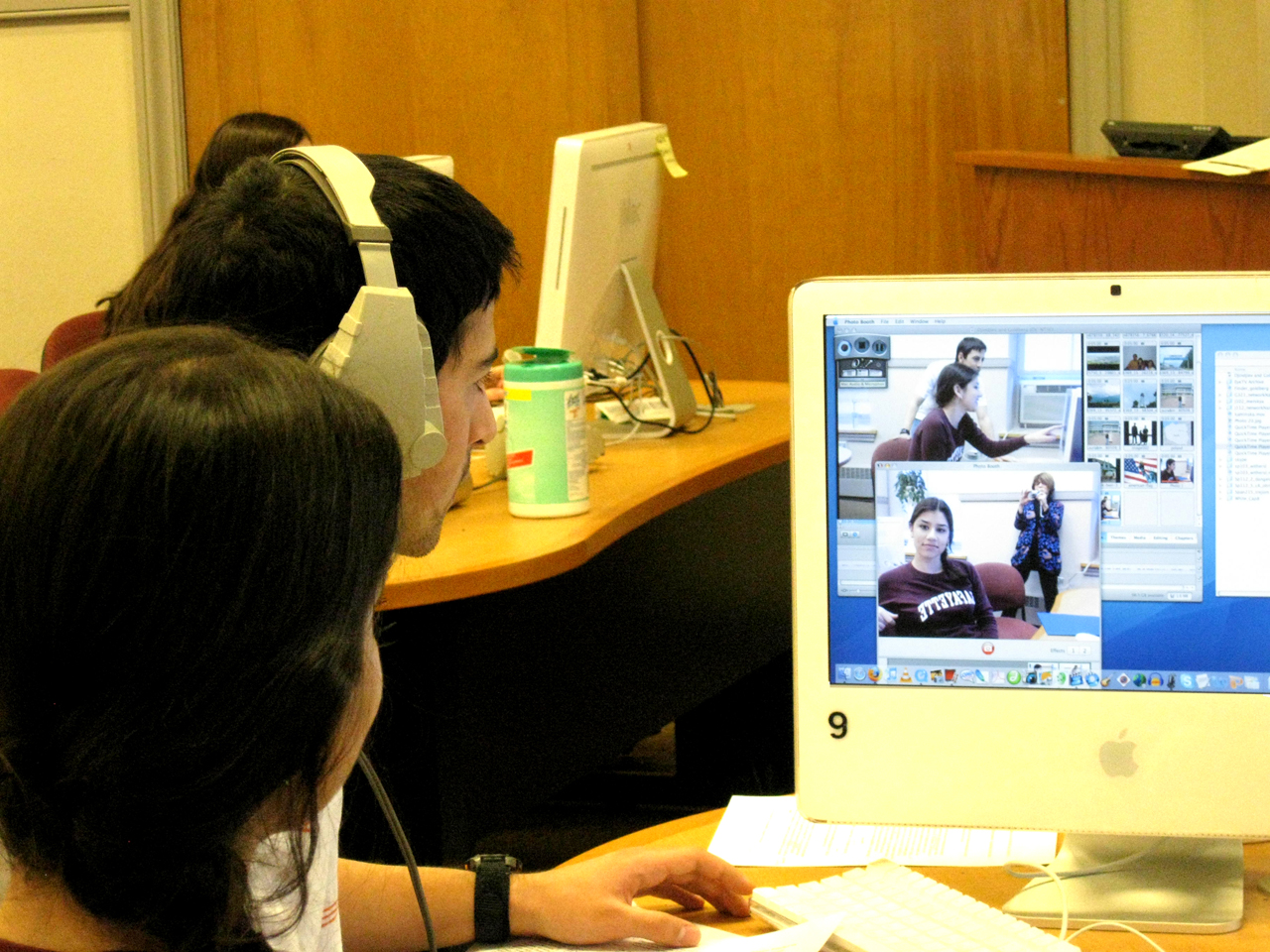 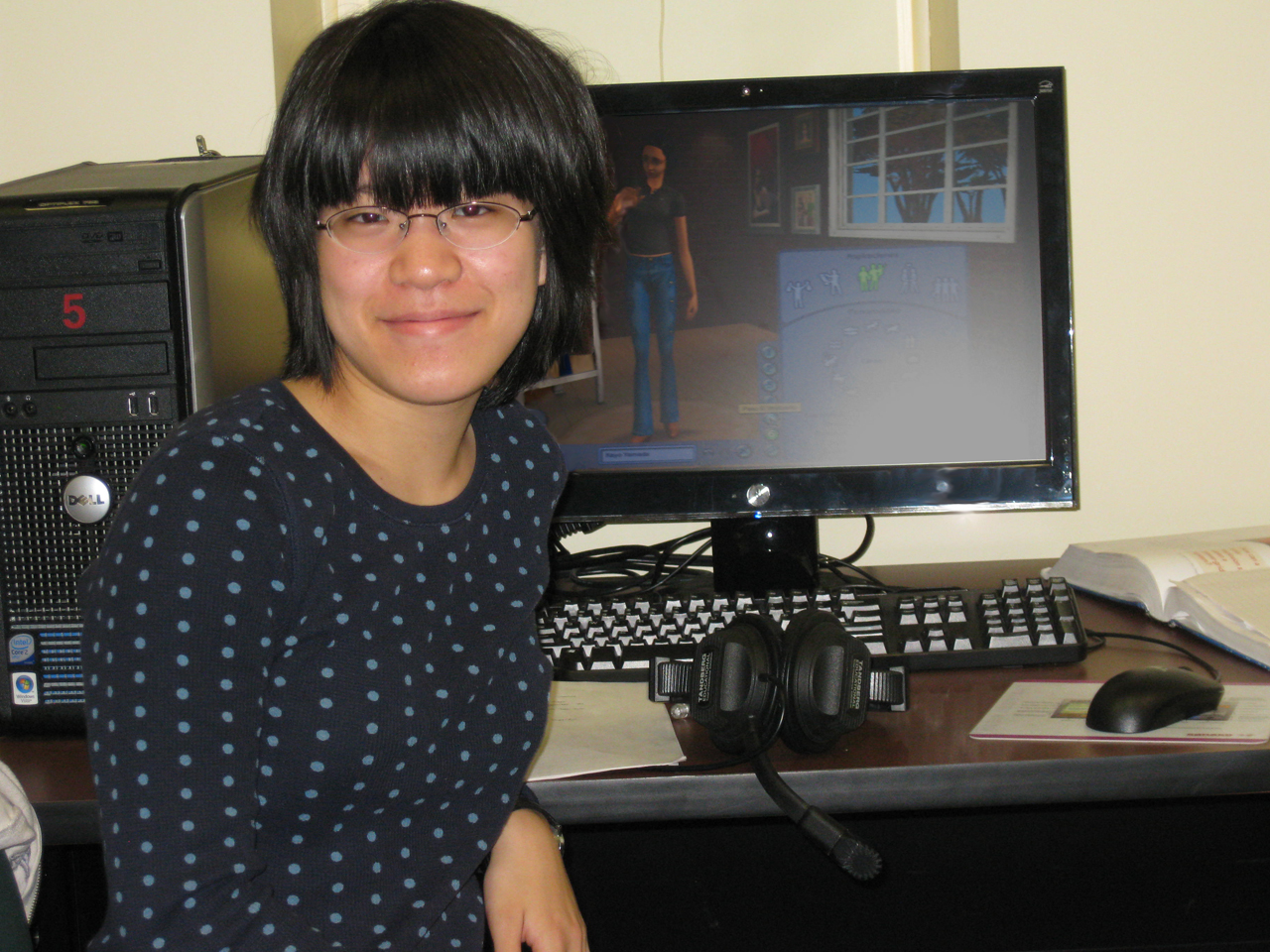 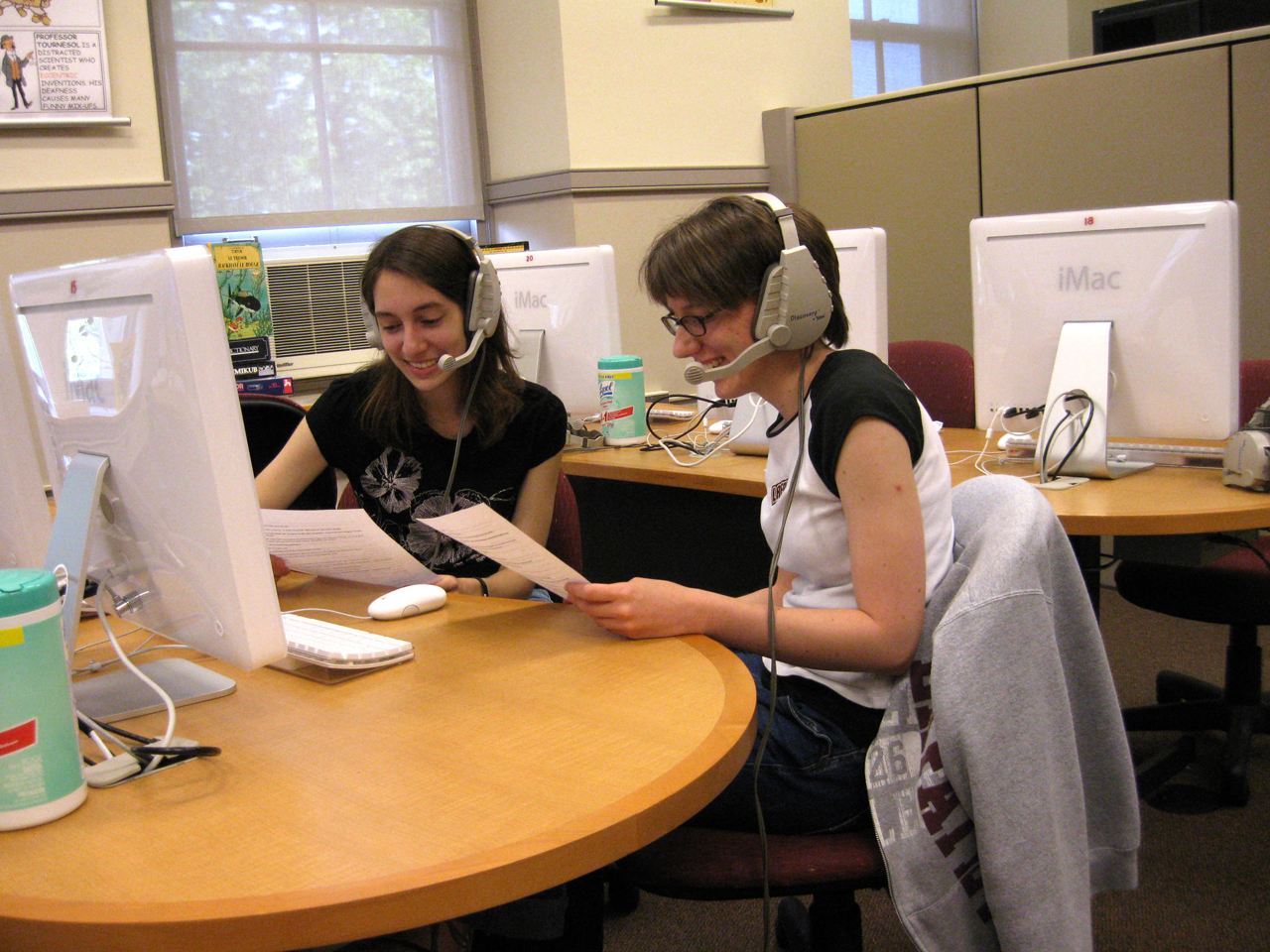 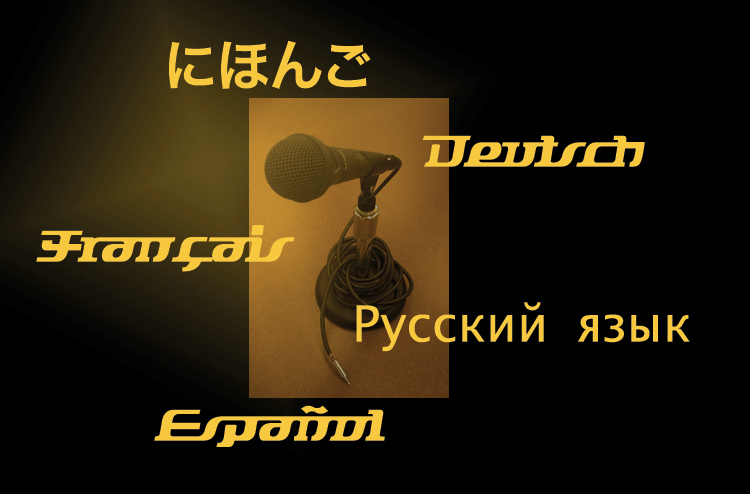 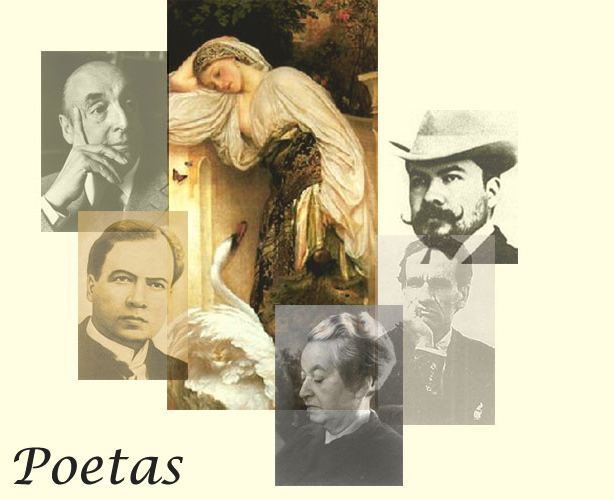 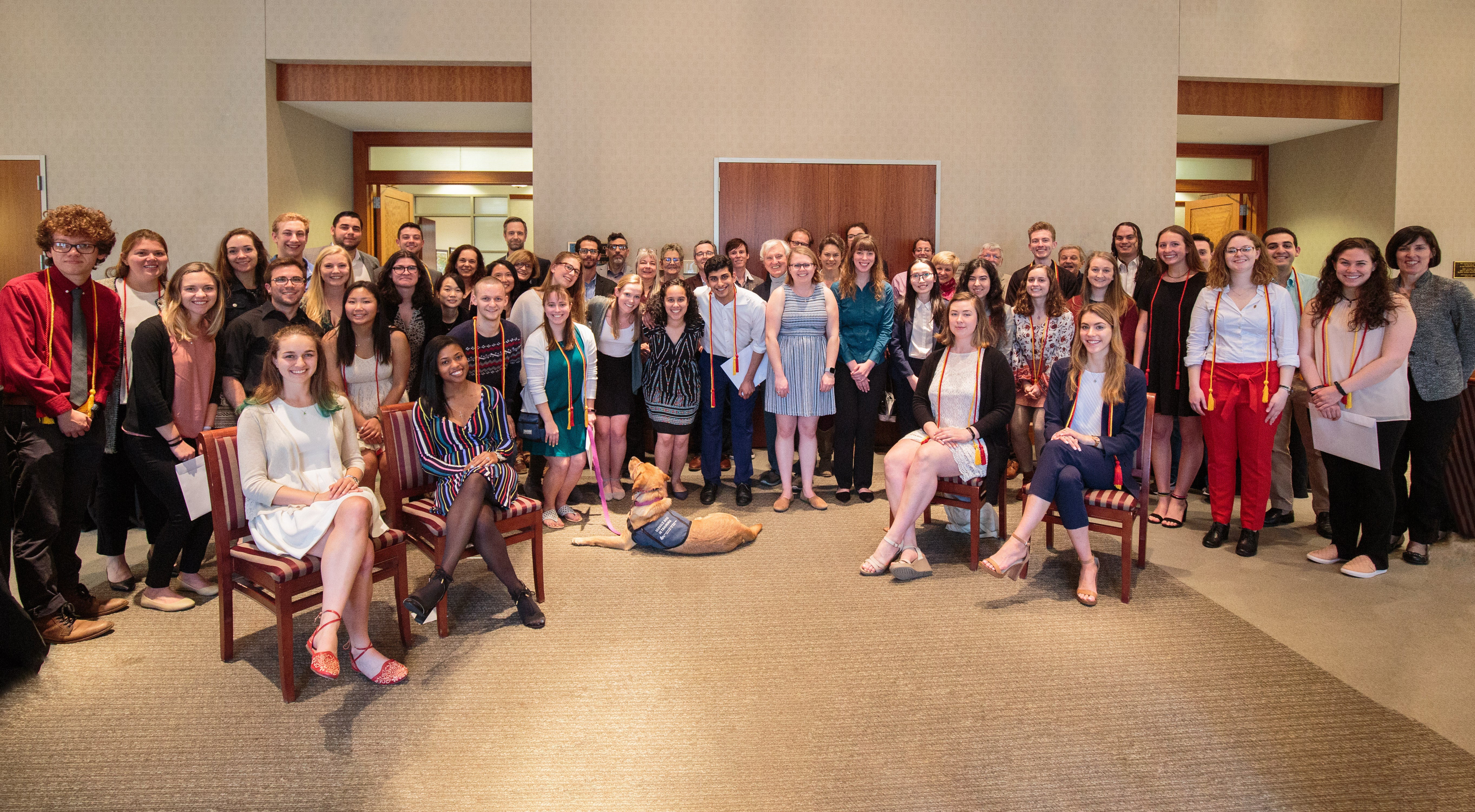 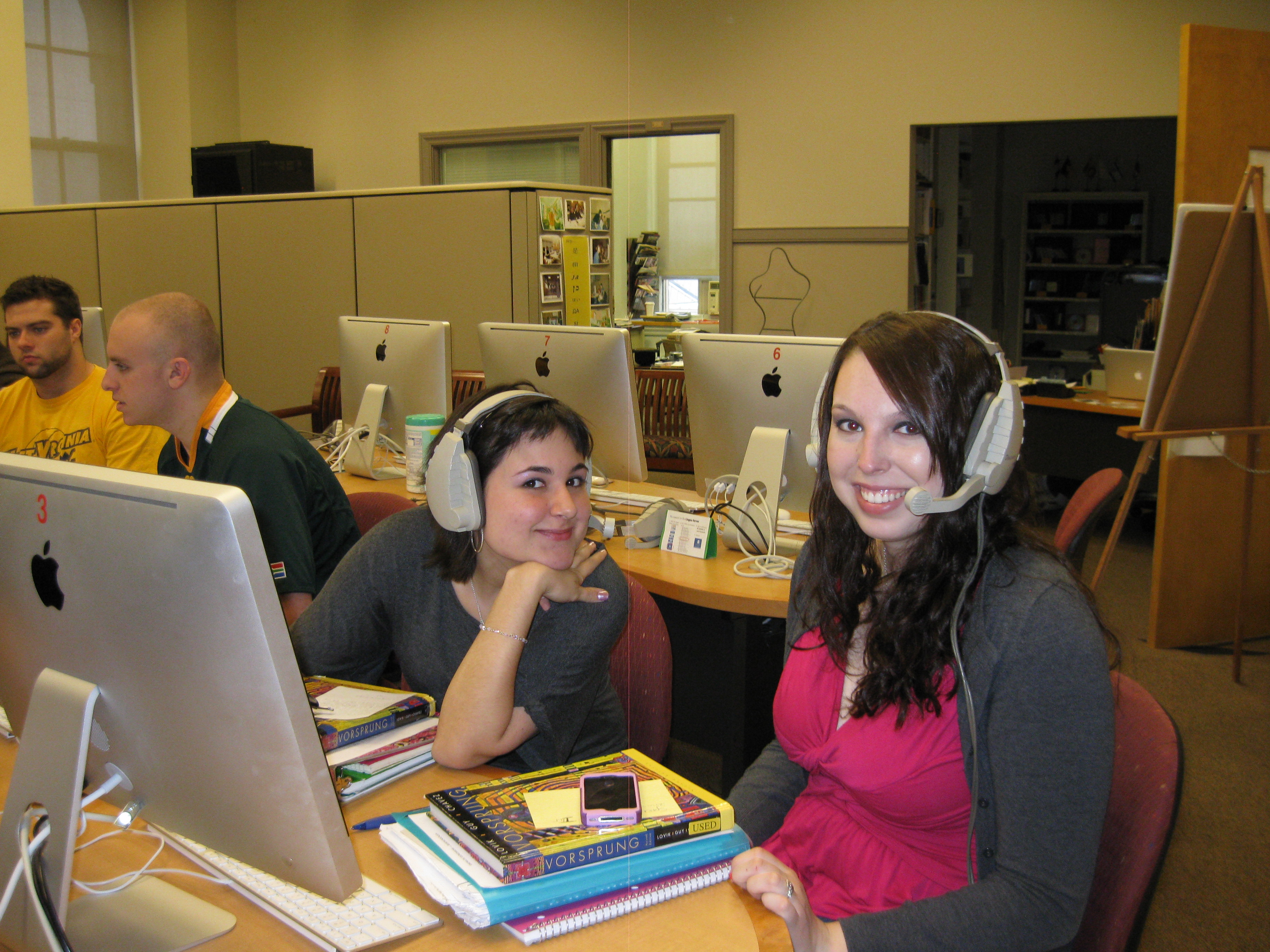 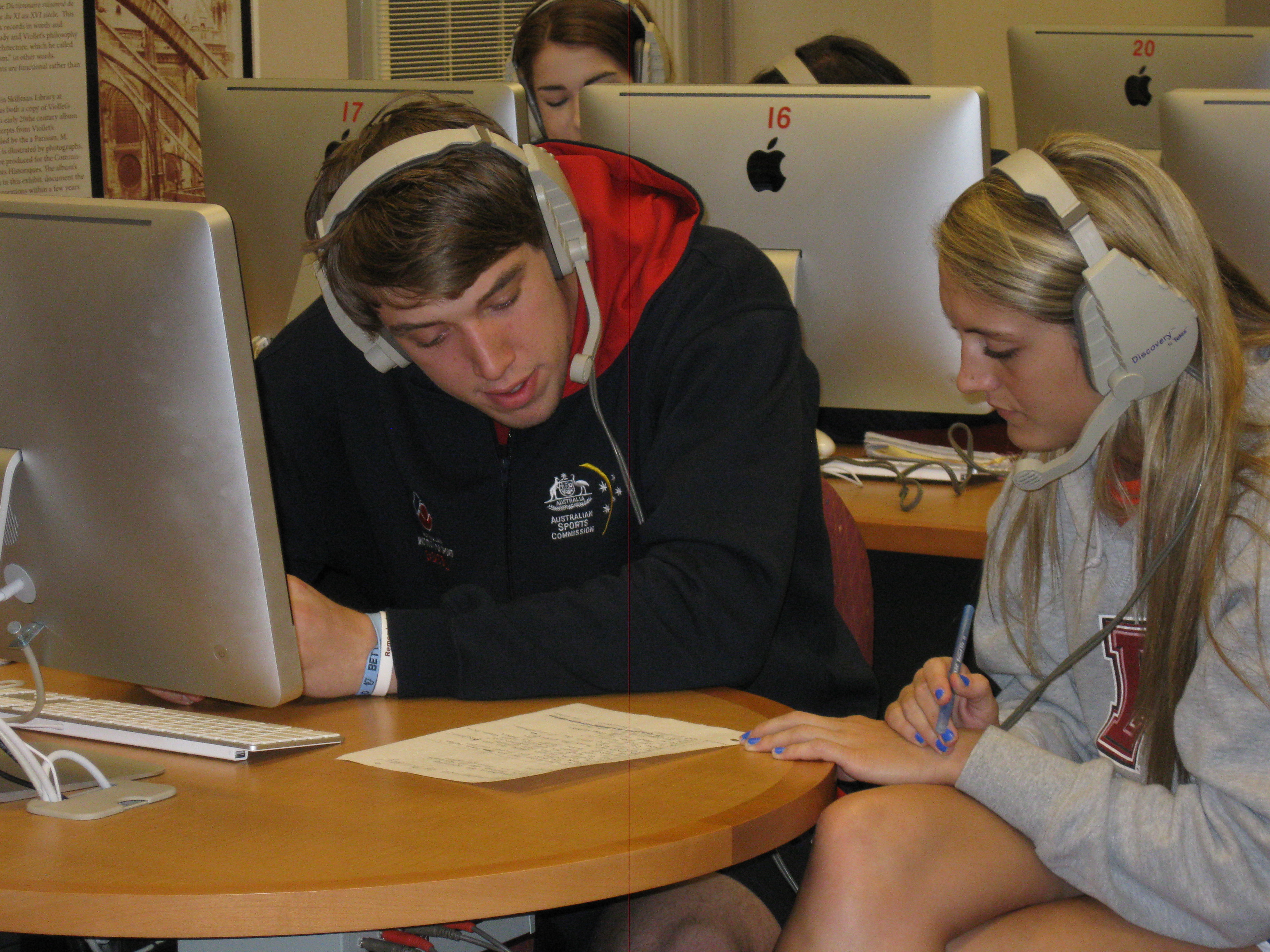 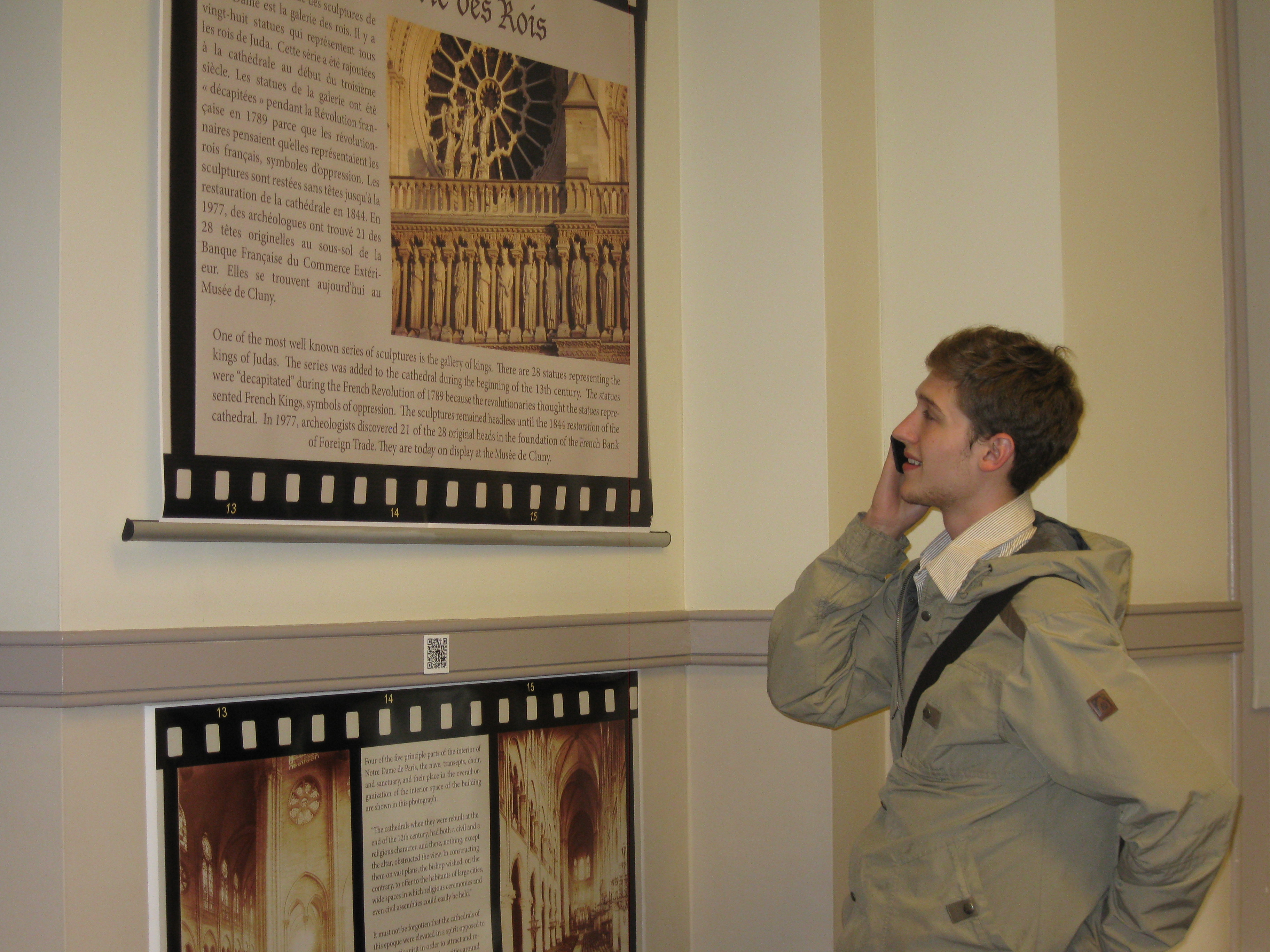