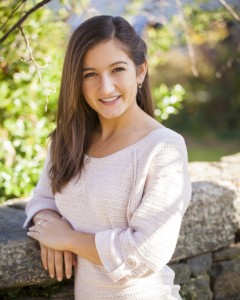 I have always had an appreciation for cultures all around the world. Having been raised on the Jersey Shore with a strong Middle Eastern presence in the house, seeing different cultures immersed fascinates me and reminds me of home. My family and I have spent many occasions traveling to several countries such as Italy, Lebanon, Armenia, and France, but I have never travelled to the continent of Africa, nor have I ever travelled without my family before LIME.

At Lafayette College, I spend the majority of my time volunteering at the local elementary school, tutoring and mentoring the young students of Easton, PA. I love spending time with children and students; I hope my career in the future involves helping others and making a difference in the world.

Being a LIME Mentor is an amazing opportunity to experience a part of the world I would never have had the chance to otherwise, but most importantly to make new friendships with passionate and inspirational students. Before attending college, Will participated in community service in his high school’s National Honors Society program. At Lafayette College, he has tutored GED and ESL students at ProJeCt Easton and volunteered building shelters for two families in a community in El Salvador. Now, he is the Editor-in-Chief of the student newspaper and a dedicated member of LIME. He understands the value of education and the importance of learning, along with the opportunities that come with it. Currently, Larissa tutors at local elementary schools through America Reads. Seeing the children grow and become more motivated with each tutor session is something that she sees as inspiring. Working with and helping others has always been close to her heart. In high school, Larissa did over 50 hours of community service each year. She believes that giving back is something very important that everyone should do. This innate desire to give back is why she became interested in the LIME program. She is excited and hopes that she can impact the Malagasy students and be impacted by them too.

My name is Olivia and I’m a sophomore. When I’m not in school I’m river rafting, backpacking, and mountain biking as much as I can. I love to travel and experience new cultures, foods, and people. I speak Spanish and I am learning French now. Soccer is one of my passions. I play for the Lafayette Women’s Soccer Team and am loving it. Learning has always been another of my passions, it doesn’t matter the subject or skill! So, I hope to share both passions, soccer and learning, with the students in Tana. My name is Hagar Kenawy, and I was born in Alexandria, Egypt.  My family and I immigrated to the United States when I was three years old to New York, New York.  When I was in fifth grade, we ended up moving to Easton, Pennsylvania.  Little did I know that Easton would also becomemy college town.  On campus, I am a peer advisor for International Student Association, a part of Kaleidoscope (a social justice group), and I tutor elementary school students with their homework.  I love to travel, meet new people, and discover more about the world.  One of my passions is helping other people to succeed, especially since I try to do this with my brothers.  I can’t wait to help others with the college process because this was my obsession during my senior year of high school. Before attending Lafayette, Jocelyn founded “The Transformers Youth Club”. Focusing on the needs of less privileged families and genocide survivors, she led the club with various volunteer activities, including HIV/AIDS and Malaria prevention informational sessions, youth drug abuse education, and repairing and rebuilding the homes of the poorest families in the village. At Lafayette College, Jocelyn is involved with International Students Association where she is a Peer Advisor for the incoming class of international students. Jocelyn continues to be an active citizen through the Landis Community Outreach Center where she is a program coordinator for America Reads at Cheston Cougars Learning Club in Easton. Jocelyn is also a member of Lafayette Initiative for Malagasy Education (LIME) which supports Students from Madagascar to apply to US colleges. Combining her passion for health sciences and working with kids, she hopes to become a pediatrician in her home country. Although he was not involved with the community as much as he is now at Lafayette, Mason participated in different community service projects during high school, such as assisting the VNA Rummage Sale in Bedminster, NJ. Since coming to Lafayette, Mason has become involved in both one day service opportunities and weekly ones, including Meals at Third Street Alliance.

Mason is ecstatic to be a part of the 2016 LIME team due to his great desire to go abroad and give back to others. His friendships with multiple Malagasy students on campus have only furthered his excitement to travel to Madagascar and be a part of this amazing program.

Before attending Lafayette, Barker completed a Fellowship in Senegal, West Africa where his passion for international development came to fruition. He has also lived and worked for organizations that operate in Zambia and Uganda.

Fascinated and concerned for the energy portfolios of developing nations, in regards to the future energy equation, he is now interested in pursuing a career in public policy and developmental energy.

Barker chose to participate in LIME because of his passion for mentorship as well as the empowerment and promotion of human dignity through partnership and education. Apart from this, he loves making friends, reading, aviation, the outdoors, and good food. She was one of the lucky Malagasy students from Andohalo High school who could participate in LIME. And is now an Excel researcher at Lafayette College.

Since she has been at Lafayette, she is involved in many clubs for her to integrate in the “Cur non” community. She volunteers with children in Easton are as well times to times. For her it is more than just spending time with them; it is both for her to share her culture and also learn from those children.

She wants to participate in LIME this year , because she is eager to share her experiences as being in those Malagasy student’s shoes herself just about a year ago. Also she wants to motivate those students that going to the US in more than just a dream; it may be realized if “they have the fire in their belly” and work hard.

A fun fact about her: she can find happiness out everything even during the most unexpected moment of life. Collecting coins, putting them in the vending machine and actually getting a soda or an energy bar is one of her favorite moment in the US. Austin’s active involvement in the International Students Association at Lafayette College has shown him the merits of supporting international education. He hopes to facilitate this process through his involvement in the LIME program. In preparation for his mentorship, he has danced to Rozy Maria and has expanded his rudimentary Malagasy répéteur to “hello”, “goodbye”, and even “my name is”. He can’t wait to get to know the students and watch them improve.