“Every good story has a beginning, middle, and an end though not necessarily in that order. We are all great stories.”- Phil Kaye

The day I first uttered the words ‘city-building’ and ‘culture’ seems like a lifetime ago. I don’t think I would’ve seen the direction my project has taken me. From looking at hot dog stands in New York City, to thinking about doing research in Philadelphia, to finally deciding to focus on home, this project has been morphing ever since I started thinking about it. And I am truly glad to have accomplished what I did in six weeks. It’s not just the digital project, or the research paper- it is the combination of all the experiences that make up this beautiful thing called Digital Humanities Summer Scholars at Lafayette College. Much of what was learned can’t be seen on paper. In fact, most of it stays in our minds and hearts, not in the words we wrote. Who can explain the experience of being in a group of nine all striving for the same goal, all looking for success?

Personally, the project has definitely shaped my academic interests. I entered the program knowing that I probably wanted to go into graduate school sometime in my future, but not knowing specifically which masters or PhD program. For now, Urban Design and Infrastructure is what I’m planning to look at and it’s all thanks to this project.

It’s hard to think about what I would change in the experience of these six weeks. I think that there was a lot of things that were done well and some things that could’ve been better. In general, six weeks is simply not enough. The scope I had envisioned at the beginning of the project was doable, but considering I had no idea of the technical skills involved in creating the project (e.g. ArcMap and City Engine), it was simply impossible to do it all. A time frame of 8-10 weeks seems more appropriate. In fact, I don’t see why the project isn’t a part of, or funded by, the EXCEL program that the college has. It really is an incredible opportunity to do something self-led. In terms of writing the paper, I think that an annotative bibliography is important, but can be easily erased by having a first draft of the literature review in place of the bibliography. I also think that at the end of the project, drafts were too close in timing in order to be effective. Furthermore, I think I made a few mistakes in approaching the project’s content. I focused early on the tools I would be using, and not on the why. And although everything kind of (not really) worked out in the end, I didn’t create a very innovative, or inspiring, argument. Then again, research isn’t always inspiring? (life lesson learned?)

After a few weeks of consideration, I’m not sure that I will continue research on stratification specifically, even though it is a very interesting topic. Instead, there is a wide array of topics that have to do with urban planning and development that I haven’t looked at, even in Bogotá. I do want to think about publishing my article in an academic journal. I think it’s important that I go through that process, at least once- it gives almost invaluable experience. I am also interested in participating in INCUR and attending various conferences, as that is what I think I will be doing in the future anyways.

In our prompt for this final reflection, we were asked how we define Digital Humanities. To be honest, I think the water is even murkier now than it was at the beginning, especially after seeing all the different projects and ideas in a Bryn Marr conference we attended. So I don’t know if I have an answer. The closest I can get is simply a community that wants to be able to implement technical skills and tools to question human aspects of our reality. In the end, I don’t even think it’s worth defining. However, a debate I do want to see cleared up (at least in my mind) is the idea of whether scholars have to have a research question to implement Digital Humanities. I don’t think that you do, but all the programs I’ve seen seem to be geared towards that.

One important thing that I do want to mention is simply how grateful I am. Not only to the program director, Sarah, who has done a ton of work with helping us sort out the stories we want to tell, but also to my fellow Digital Humanities summer scholars. Many times, we don’t see the impact that we have on people, but as someone who is constantly looking at the ways in which people learn and interact with their environment, it has simply been a pleasure working and sharing time with you all.

Camilla, you’re seemingly endless drive sets standards and expectations for all those around you. You put a lot of work and dedication into what you do and I’m glad you weren’t discouraged by not finding the original sources you needed.

Maria, I’m glad you found narratives and stories that tell you a little bit more about yourself. I don’t know how many times you’ve had to say the word ‘migration’ in your presentations, but it’s truly remarkable. First migration, second migration, third migration…

Ben, I’m glad that there are people in the world that truly believe that events that happened more than 500 years old are interesting (that’s what history majors are all about, huh?). As our only rising senior, I hope you enjoy this last year at Lafayette.

Idil, I’m just glad we made it through using those digital tools. You take everything in with the calm and ease I wish I had and ended up with a project that seems to empower you, both as a women and as a scholar.

Jovante, keep on dancing. Don’t stop. It’s fascinating how dance and music prescribe both joy and an understanding on how we think about ourselves and others. Keep doing that type of research.

John, man oh man. You speak with so much passion when it comes to your topic. Sometimes you seem to lose yourself in the power of words, music, and especially, rap when talking about your project. That’s how you know you did something worthwhile.

Tedi (Theodora), I never once even thought about disabilities in the media, much less in romantic television shows. As you presented, it truly opened a new world of thoughts that I simply hadn’t been subjected to. Keep on eating mushy pasta.

Sarah, ah. I understand now why other summer scholars have kept the bond that you have created with them. Your continuing support is the only reason we get through the six weeks at all. Thank you for showing us an open mind and honest heart.

So, I guess I’m coming to the end of the beginning… or something like that. This has truly been a ride. And I feel like I should end this reflection the same way I started my digital humanities project: with a quote from Gabriel Garcia Marquez:

“We, the inventors of tales, who will believe anything, feel entitled to believe that it is not yet too late to engage in the creation of… a new and sweeping utopia of life, where no one will be able to decide for others how they die, where love will prove true and happiness be possible, and where the races condemned to one hundred years of solitude will have, at last and forever, a second opportunity on earth.” 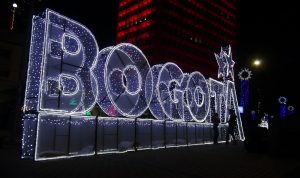