Participants in the DH Summer Scholars program represent a wide range of majors and interests. Visit their individual pages to learn more about their projects. 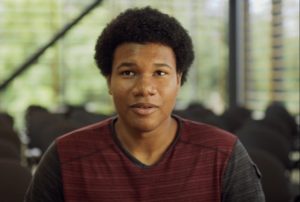 I’m Uche, and I am a Senior Anthropology/Sociology major. My digital humanities research centers around the racial history of anime in the United States, using digital methods to both trace and represent that history. As a student of culture, I am constantly observing even trivial aspects of the world around me. When given the opportunity to explore these observations, anime which existed as a part of my world from a young age seemed to be a good way to explore the intricacies of race and gender in pop culture communities. The simple question of “why do my black peers seem able to unabashedly enjoy anime more than my white ones?” came from a lifetime of observation and culminated in my digital humanities summer research project. 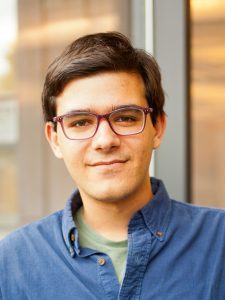 Benjamin Gordon is a native New Yorker majoring in Data Science and Music, whose project focuses on mapping the history of transportation in 20th Century New York City.

Elene Jalagonia, Class of 2020, Economics major. Elene is focused on visualizing political, cultural, and societal tools (including cultural artifacts like newspapers) that might have provoked ethnic conflict, stoking the Abkhazian and Ossetian secessionist movements in the country of Southern Caucasus Georgia. 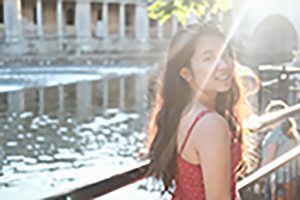 As a Computer Science and English double major, I am naturally drawn to the Digital Humanities Summer Scholar Program. For my project, I chose to explore the narratives in diasporic literature, specifically in the Night Sky with Exit Wounds poetry collection by Vietnamese-American author Ocean Vuong. While I used traditional close reading to study Vuong’s autobiographical self and his choice of poetry as a genre, I turned to distant reading methods, such as text analysis and word frequency mapping, to discover recurring thematic binaries and hybrid linguistic trends in Vuong’s poetry collection. Apart from being a memorable summer project, DHSS has been an enjoyable opportunity for me to navigate the intersecting potentials of my academic majors.

Norman Lee, Class of 2019, Philosophy and English major. Norman intends to use digital tools like IssueDiscovery, SentiStrength, and Jigsaw to identify and define the “zeitgeist” for countries with the highest social media usage through analysis of the associated demographic data.

Alex Murrell, Class of 2019, Art and English major. Alex will perform text analysis of the 15thcentury treatise on witchcraft, The Malleus Maleficarum (“The Hammer of Witches”) using text mining or topic modeling tools like MALLET, in addition to art analysis of its accompanying illustrations. 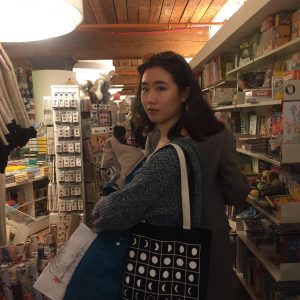 As a double major in Computer Science and Comparative Literature, participating in the DH program this past year has helped me explore the possibility of connecting the two seemingly unrelated fields. My project focuses on how the Muslim people were depicted by medieval Latin Christian and Jewish pilgrims to Jerusalem in their travel writings. I was able to use, in addition to traditional close reading, tools of text analysis on my corpus of texts to examine their content. After deciding on a list of target words related to the Muslim people, I implemented different tools to generate word frequency, collocation of the target words, and topic modeling to groups words that tend to appear near each other. The result indeed shows a growing objectivity toward the Muslim people and self-reflection in the travel writings which confirms the enlightenment and modernization of European society in the 15th and 16th century. 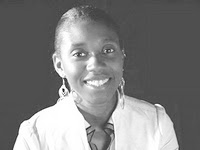 Hi! I’m a Research and Instruction Librarian with Skillman Library at Lafayette College. I love learning about and teaching digital humanities because of the way it allows the researcher to think creatively and critically about the gathering, analyzing, and providing access to data. It seems like a crucial way to approach humanities research for the way we live now.

Maria Ahmed is a rising sophomore at Lafayette College majoring International Affairs. Coming from Somaliland, she is very interested in exploring topics close to home to contribute to the limited discourse about her home country. She naps a lot, and her least favorite part of the day is when her alarm goes off in the morning. 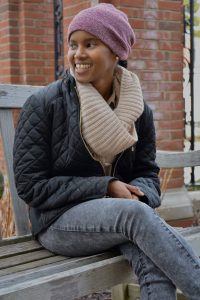 Jovanté Anderson is a lover of all things Beyoncé and hopes to someday meet her so he can perform for her his very own rendition of her album, Lemonade. He is currently pursuing a double major in Anthropology and Sociology as well as in English with a concentration in Literature. As a young poet, he is always trying to learn more about his craft and how he can use it to impact the world, or at least, make a mockery of it. Being from Jamaica, where the island breeze sings like poetry, he spends his spends his everyday navigating always-interesting, mostly-amusing American spaces that do not always feel like home, but always feels like adventure 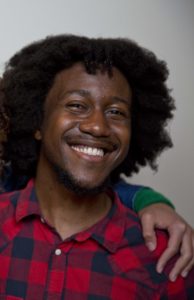 Tedi Beemer is a rising sophomore at Lafayette College. She enjoys Kenneth Branagh movies, too much sugar in her tea, and reading the newspaper. She is pursuing a double major in Government/Law and Philosophy with a minor in Russian language. She greatly dislikes mushy pasta. 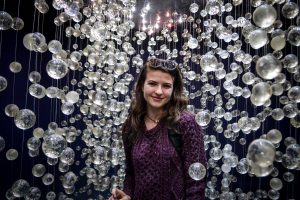 Daniel Gonzalez is an Engineering Studies and International Affairs double major from the Class of 2019. He is interested in ways to improve educational systems to include a greater sense of purpose and analysis in and out of the classroom. As an international student he also attempts to bring a greater understanding of Colombian culture to campus.  Cooks mushy pasta. 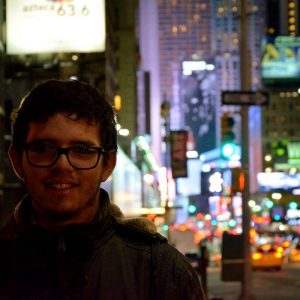 Ben Minerva is a rising senior at Lafayette College majoring in History and minoring in Art who is particularly interested in the early modern period. He is from New York City but has an enthusiasm for the outdoors and is currently reading the Harry Potter Series for the first time. 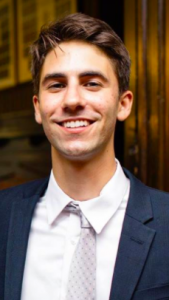 John Rodriguez is a rising junior at Lafayette College. He is an artist, visually and sonically, and doubles in English and Art. 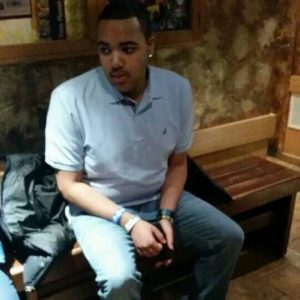 Camilla Samuelsson is a rising sophomore at Lafayette College planning on majoring in International Affairs and Anthropology & Sociology. She is interested in the representations of cultural identities and their forms of expression. She is passionate about learning languages, travel, human rights, and as a native Californian, açai bowls. 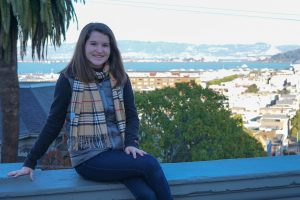 Idil Tanrisever is a rising junior at Lafayette College double majoring in Economics and Anthropology & Sociology. She loves traveling, using analog cameras and collecting shot glasses from wherever she goes. Her favorite artist is Andy Warhol and favorite director is Woody Allen. Being from Turkey, she enjoys no sugar in her tea. 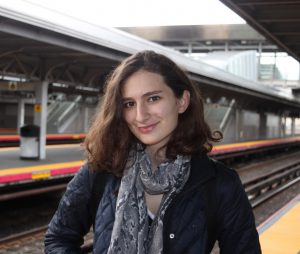 Sarah Morris (Director) is a Research and Instruction Librarian at Lafayette College.  She insists that it is more important to ask better questions than to find answers and advocates for daily consumption of poetry and dessert. 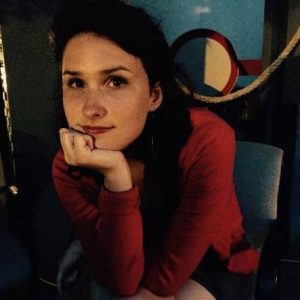 Tawfiq Alhamedi is a rising senior attending Lafayette College. He is pursuing a BA degree in Anthropology & Sociology and has been particularly interested in researching the Indian Ocean, transnationalism, and conceptions of identity. 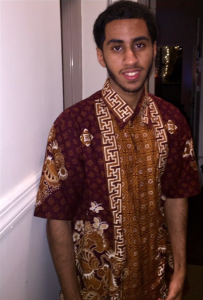 For Abdul Manan, a junior at Lafayette College majoring in International Affairs and Religious Studies, poetry and politics pale everything else in significance 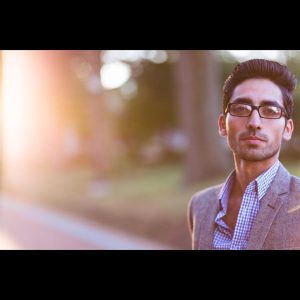 Joseph Bronzo is a Junior Government and Law and English double major and French minor at Lafayette College. His scholastic interests include literary criticism, the confluence of religion and poetry, early modern studies, Italian studies, French studies, and international politics and economy. 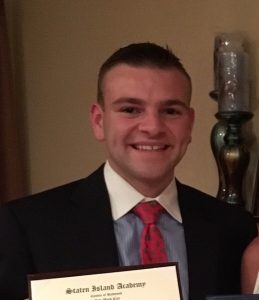 Jillian Fahy is a senior Environmental Science major at Lafayette College. Her love for animals and nature while growing up has inspired her to be passionate about conservation topics across the globe today.

Will Gordon is a senior at Lafayette College who is majoring in English and Government & Law, with a minor in Economics. He is passionate about law, politics, and journalism. In his spare time, he skis, plays guitar, and reads too much. 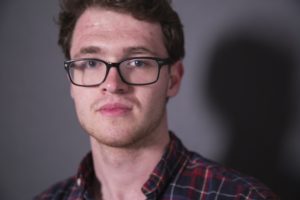 Johnny Gossick is a Junior Anthropology/Sociology and Music double major at Lafayette College.  He is an avid jazz musician, composer, and synthesist with interests in Sound Studies, electronic music technology, and its place within a larger cultural framework. 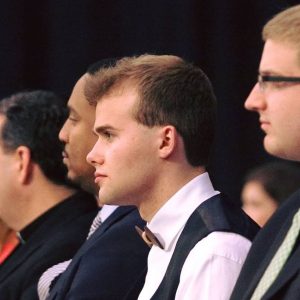 Caroline Nawrocki is a junior International Affairs major at Lafayette College. She created her project based on her love of activism and being on The Lafayette. She loves collecting vinyl and learning languages. 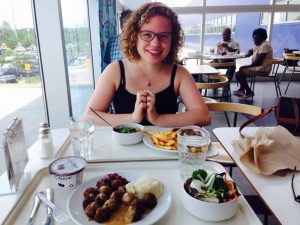 Mila Temnyalova is an International Affairs and Economics double major from the Class of 2019. Coming from Bulgaria, she expresses an interest in foreign languages and cultures, and enjoys drinking hot chocolate with marshmallows and cream. 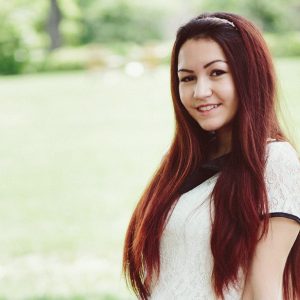 One thought on “Summer Scholars”