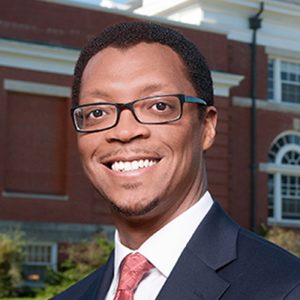 Dennis Britton is associate professor of English at University of New Hampshire. The focus of his research and teaching is early modern English literature, especially Shakespeare and Spenser, reformation theology, race theory, and an examination of how theological constructions of race shape interactions among Christians, Muslims, and Jews. He is author of Becoming Christian: Race, Reformation, and Early Modern English Romance (2014) and co-editor with Melissa Walter of Rethinking Shakespeare Source Study: Audiences, Authors, and Digital Technologies (2016). He held an NEH research fellowship in 2012-2013 at the Folger Shakespeare Library, and his research was featured in the spring 2013 issue of Folger Magazine. He was awarded an Excellence in Teaching Award in 2013. He received his B.A. from University of Southern California and his master’s and Ph.D. degrees from University of Wisconsin at Madison.

“Race and Periodization in the ‘Regular’ Shakespeare Course”

Article Abstract: Examining allusions to Romeo and Juliet and Othello in season 1 of the podcast Serial, Vanessa Corredera demonstrates that race as it plays out in the podcast and in our contemporary moment is no more stable and strictly scientific than it was in the early modern period. As a result, she argues not only that scholars should not hesitate to discuss race in the early modern period, but also that recognizing the flexible nature of race—both then and now—can allow students to have fruitful conversations about race in Shakespeare and ensure that classroom discussions of Shakespeare matter in “real life.”