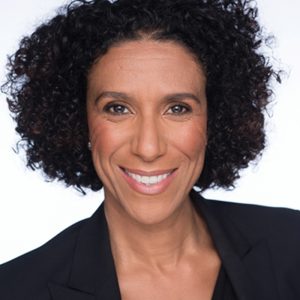 Ayanna Thompson is director of the Arizona Center for Medieval and Renaissance Studies (ACMRS) at Arizona State University. She is author of Shakespeare in the Theatre: Peter Sellars (Arden Bloomsbury, 2018); Passing Strange: Shakespeare, Race, and Contemporary America (Oxford University Press, 2011); Performing Race and Torture on the Early Modern Stage (Routledge, 2008); and co-author of Teaching Shakespeare with Purpose: A Student-Centered Approach (Arden Bloomsbury, 2016). She wrote the new introduction for the revised Arden3 Othello (Arden, 2016), and is editor of Weyward Macbeth: Intersections of Race and Performance (Palgrave, 2010) and Colorblind Shakespeare: New Perspectives on Race and Performance (Routledge, 2006). She currently is working on a collection of essays for Cambridge University Press on Shakespeare and race, and is collaborating with Curtis Perry for a new edition of Titus Andronicus. Professor Thompson is the 2018-2019 president of the Shakespeare Association of America and has served as a member of the board of directors for the Association of Marshall Scholars. She was one of Phi Beta Kappa’s Visiting Scholars for 2017-2018.