The fireplace in Gilbert’s is up and running, the library is packed, and “Rudolph the Red-Nosed Reindeer” is playing faintly in the distance. A single conclusion can be drawn. 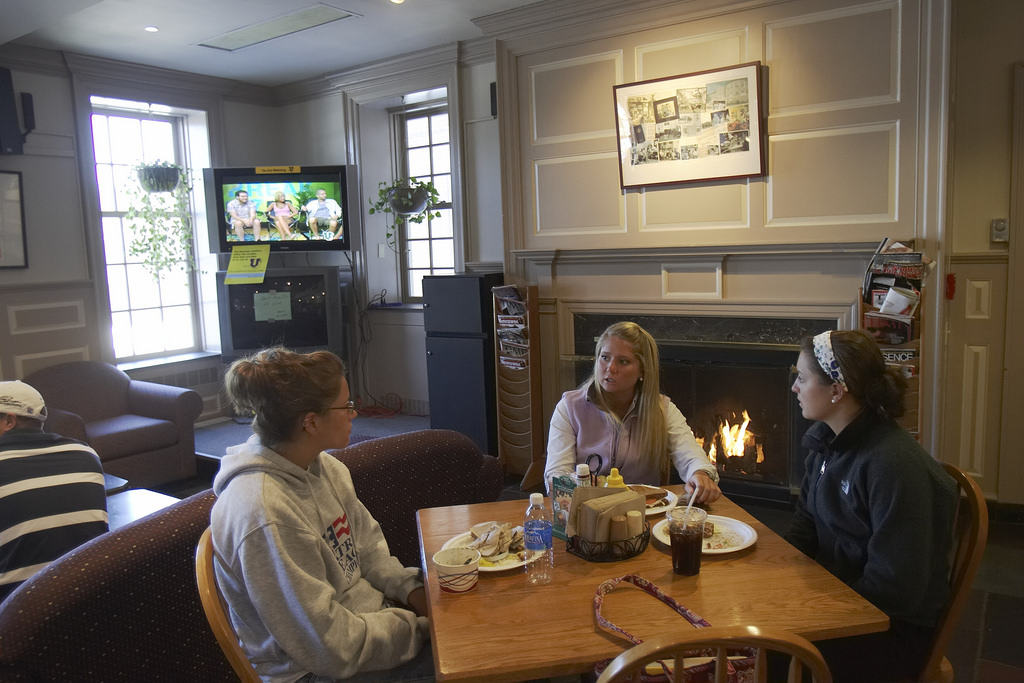 It’s finals week. Fall 2018 has been a good one, between the swath of esteemed speakers we hosted, our trip to One Byrant Park in New York City, and the wholesome content of our regular Friday meetings. While the market strayed from its general pattern over the last decade, the club stayed true to its course – what mattered was not what happened, but rather how we handled it. Bad news for markets (and let’s be honest, it’s not even that bad) means opportunity to learn, especially when the current group of undergraduates at Lafayette haven’t experienced any sort of prolonged market downturn or significant volatility since they took pre-algebra. No one wants to see the value of their portfolio go down, but we made the best of it. 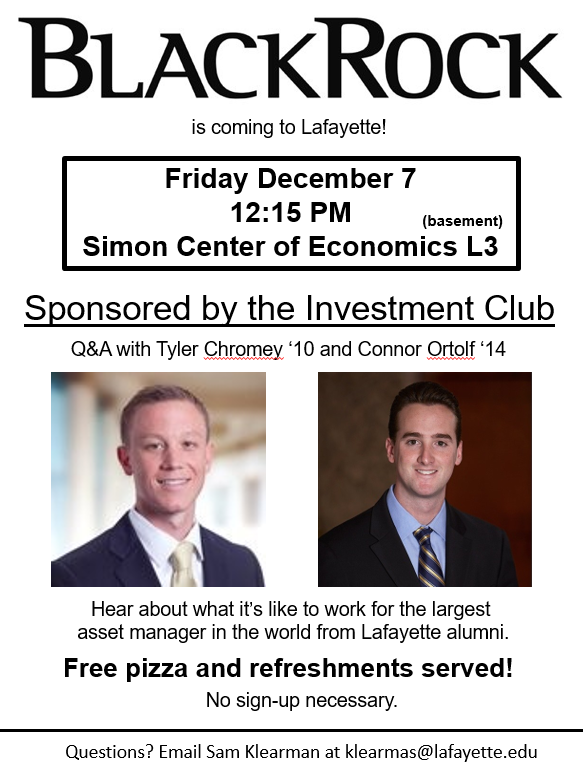 The semester ended with a bang, as our generous alumni from BlackRock in Princeton, NJ spoke to the club for the second year in a row. Tyler Chromey ’10, Jim Renitsky ’06, and Connor Ortolf ’14 gave us their thoughts on college and beyond, talking about BlackRock specifically as well as the world of finance at large. (We didn’t know Jim was coming until after the poster was printed, promise!) As always, it would be impossible to articulate how grateful we are to have the opportunity to host such speakers.

For now, we get to stay as busy as we can over the break. We’re looking forward to an even better spring semester – see you next year!