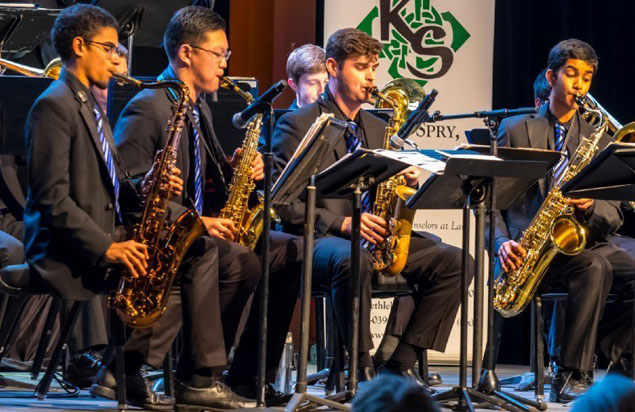 The 2020 SteelStacks High School Jazz Band Showcase featured 17 high school bands from Pennsylvania and New Jersey performing in the preliminary rounds Feb. 23 and March 8. Following the preliminaries, the event’s judging panel announced the six bands that will compete in the finals. They are:

During the finals, each band will perform a 20-minute set before a live audience and the judges. The event will also include a performance by the Moravian College Big Band, as well as the official awards presentation for the competition’s top soloists and sections. The judges will announce each band’s rating during the finals.

The SteelStacks High School Jazz Band Showcase is a music-in-education program of ArtsQuest and the Moravian College Music Department’s Jazz Studies Program. The competition is made possible in part by a $20,000 National Endowment for the Art Works grant supporting ArtsQuest’s jazz programming for the region. The showcase is also presented thanks to the support of King, Spry, Herman, Freund & Faul, LLC, in association with 69-WFMZ-TV, Greenleaf Productions, PSECU and the Moravian College Music Department. Tickets for the showcase are $7 plus fees and on sale now at www.steelstacks.org and 610-332-3378.