During 1840s, when there was no cool air from air conditioning to expel the extreme heat in summer, tropical disease that survive in hot, humid conditions, such as malaria, flourished and there was no easy way to make patient in hospital to feel more comfortable. Dr. John Gorrie, who was a respectable scientist from Florida, proposed the very first idea of air cooling in hospital. However, his original idea of air cooling required shipping large cubes of ice from other places in the world to Florida. Because of the impracticality of this idea, Dr. Gorrie started working on the idea of producing artificially cooled air. He designed and built the very first machine that produced artificial ice using a compressor powered by horse, water and wind which was granted patent eventually. Although the machine was very rudimentary and not very efficient, Dr. Gorrie laid the foundation for modern air conditioning and cooling. 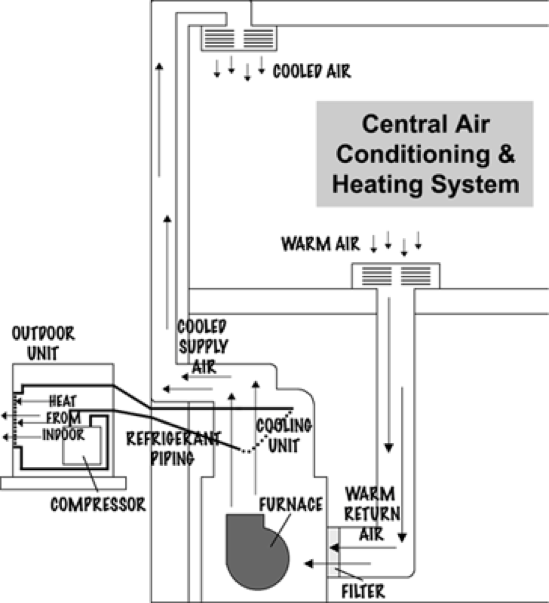 Figure 1. Diagram of a central air conditioning system when it is used for cooling for one single room.

Instead of introducing the complex infrastructure of an outdoor unit and how a compressor works, the simplest version of the process is that temperature of air flow is set by the user in the room and the outdoor unit will deliver air flow at that temperature to each room in the building after receiving the signal from the user. Air flow into each room can be turned off by the user if the room is overcooled or overheated. The air that is cooler or warmer than the desired temperature will be returned to the air unit and be sent back into the room after the temperature of the air has been altered to the desired temperature. 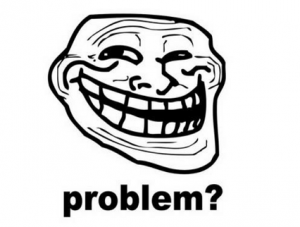 Though not critical to the operation of the central air system, the temperature difference between two rooms contributes significantly to the user experience and efficiency of energy consumption. In the first place, walking through adjacent rooms in the same building with different temperatures is an uncomfortable experience, and may even cause sickness. Moreover, the current central air conditioning system may deliver air much cooler than the room temperature at unnecessarily high rates, which means faster heat transfer occurs between the overcooled room and the surroundings, resulting in unnecessary high flow rates and waste of energy and electricity.

What is out new central air system?

Our proposed design and modification of current central air conditioning system will eliminate the problem of different temperatures between two room receiving the air flow with the same temperature due to different heat transfer happening between inside and outside of two rooms. Desired room temperature will be specified by the user and the room should be kept under the desired temperature by our new central air system. The key difference between our proposed design and current central air system is that temperatures of individual room will be measured and monitored and will become our controlled variable. Therefore, we will have one controlled variable in each of our rooms. Also, each room is not connected in series.

From our energy balance of each room:

How is it going to be designed? 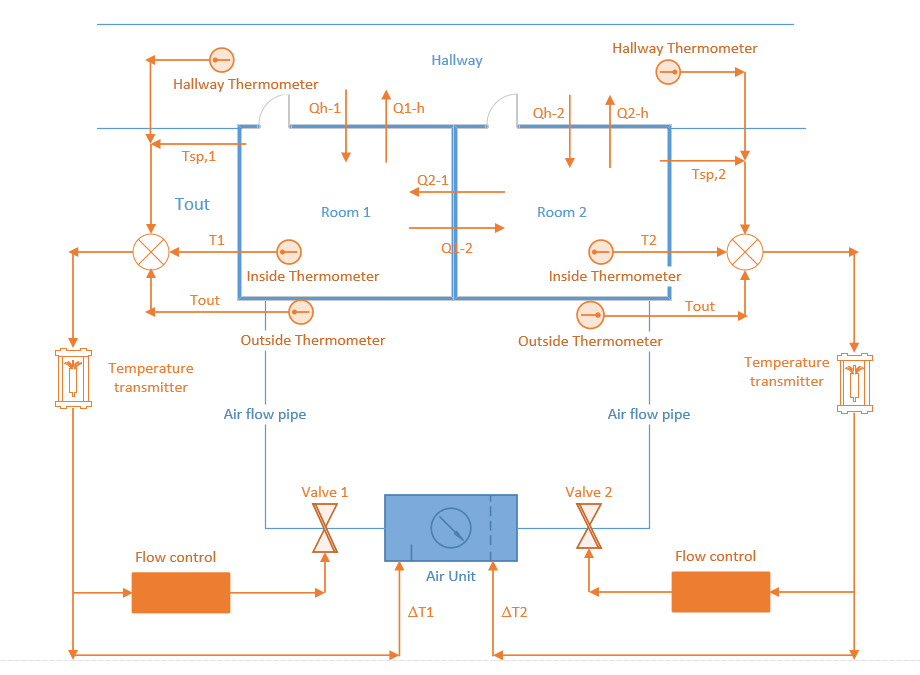