Plate-glass windows are estimated to kill hundreds of millions of songbirds every year. As this is a cross-disciplinary challenge involving avian behavior, building design, and campus sustainability, Biology professor Mike Butler and Engineering professor David Brandes have teamed up with a number of students to better understand the extent of this problem on our campus and to develop some effective ways to reduce fatalities here. Our dataset demonstrates that window strikes are clustered in spring and fall at some of the newer campus buildings that have extensive reflective glass (e.g. Hugel, Skillman, Kirby sports center). A variety of species are affected as illustrated in the photos later on this page — surprisingly, hummingbirds are the most frequently killed species. We recently gave a presentation at the 2018 LVAIC Sustainability Conference summarizing our efforts.

We have joined with a network of colleges and universities across North America doing similar studies as part of an Ecological Research as Education Network project. Our collaborative project’s first publication in Biological Conservation is linked below:

Fortunately, this is a problem with some relatively inexpensive solutions. In collaboration with our team and alumnus Jeff Acopian, Plant Operations installed Acopian Birdsavers on several campus buildings as a pilot program to test their effectiveness in reducing collisions. You may have noticed these on Hugel and Williams Visual Arts. So far the results are very promising, collisions have been reduced to near zero at Hugel and we are pilot testing the method on Skillman Library. In our view this effort needs to be expanded to more high-risk windows on campus. 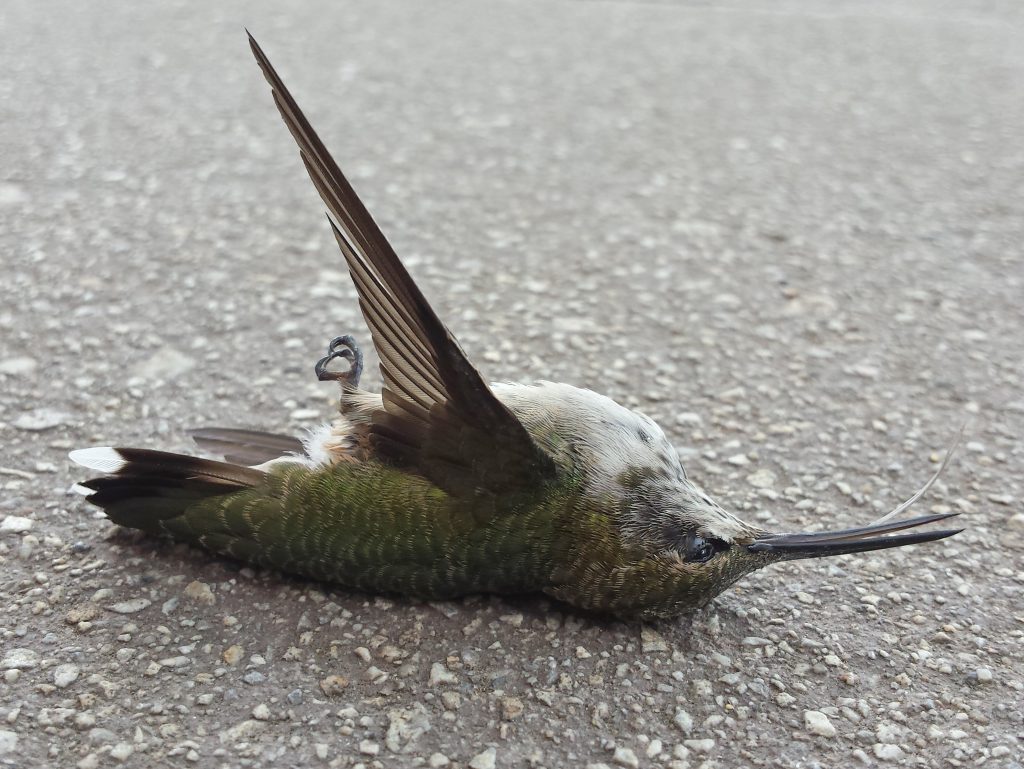 The 100th bird carcass in our campus window-killed collection.

A sampling of pics from campus: Video clip, Sept 12, 2013 next to Hugel – if the pictures don’t disturb you, this might…
Note, if your iPhone or whatever wont let you view this, go to YouTube. Robin at the entrance to Acopian Engineering Center – Apr 13 Robin at entrance to Hugel – Nov 12 And another at Hugel A warbler at Skillman a warbler at Hugel another warbler at Skillman 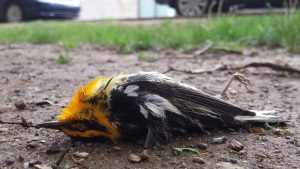 Blackburninan warbler at Hugel – May 2016 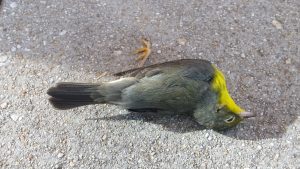 Kingfisher at the arts complex over Bushkill Creek Sparrow (not the ordinary variety) at Hugel