A Brief History of Refugee Action

On January 27, 2017, President Trump signed Executive Order 13769, now known as the travel ban, which lowered the cap on refugee admissions for 2017 to 50,000, suspended the U.S. Refugee Admissions Program for 120 days, suspended the entry of Syrian refugees indefinitely, and prevented tens of thousands of visa holders from Iran, Iraq, Libya, Somalia, Sudan, Syria, and Yemen from entering the US. Following the implementation of this, several student groups at Lafayette attempted to figure out how to respond. Building on previous experience, connections, and knowledge, three students coalesced around the issue of refugee resettlement: Rebecca Wai ’18, Natalie Nollan ’17, and Hagar Kenawy ’17. They created the idea of Refugee Action and recruited a small group of students to help make it happen. Several initiatives started to happen simultaneously to grow the cause. First, a connection was made to Bethany Christian Services, the Lehigh Valley’s resettlement agency, and members started tabling every day in the Farinon College Center to raise money for the agency. Second, Refugee Action began hosting events to raise awareness on campus, including film screenings and phone banking events. Third, members reached out to Every Campus a Refuge, an organization whose goal is to get all college campuses to host refugee families, and brought Diya Abdo, the founder of ECAR, to campus to speak about how to make Lafayette an ECAR campus. Fourth, members worked to make Refugee Action an official student organization of the College and started meeting with campus administrators to gain support for the movement. On April 28, 2017, Refugee Action became a student organization, and on May 18, 2017, the President of Lafayette College announced that the College had officially joined the ECAR movement.

Displaced Event (Published 10/11/19(: ‘I was struck by the loss’: Refugee Action uses virtual reality to present refugee stories in a ‘new light’

Ben Tumin Event (Published 3/30/18): Using humor as a medium to connect to fear: Ben Tumin speaks on the refugee crisis in America 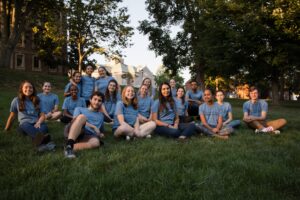 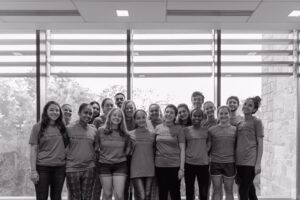 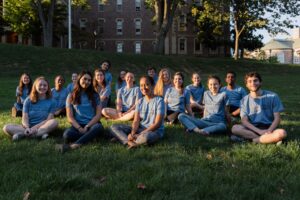 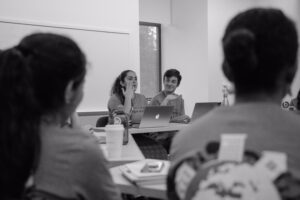 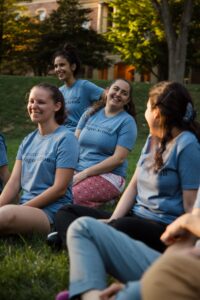 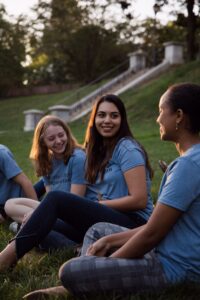 Credit to Richard Ffrench for the above photos.