In the 1960s, aggressive sales and promotional efforts helped make Dixie Cup a household name in American homes. Striking, full-page, full-color ads bearing the news about Dixie Dispensers and the Dixie Mira-Glaze Cup appeared in The Saturday Evening Post and Life Magazine. Both the Mira-Glaze Cup and the Dixie Dispenser ads were designed to reinforce each other, keeping news about Dixie products in the public eye. An addition to the popular Dixie Cup family in 1960 was the hot drink cup that never got too hot to hold. In place of a handle, the cup had a band of insulating foam plastic that made it possible to pick up the hottest cup of coffee without discomfort. In 1962, Dixie developed a new method of full-color printing on cups, cited by the company as the most advanced printing and color photo reproduction in the paper cup industry. By the mid-1960s, Dixie was concentrating most of its consumer advertising budget on color television ads, one showing bacteria on a bathroom glass using photomicrography. The decade of the 1960s saw Dixie striving for product improvement. Growing competition in the paper cup and container industry as well as strong competition from major plastic producers focused the company’s development efforts on the application of plastics to paper cups and plates. 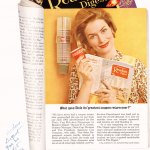 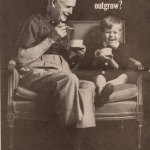 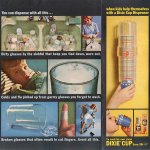 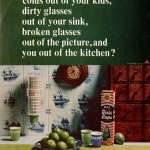 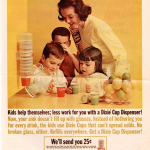 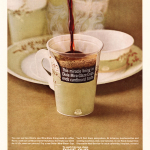 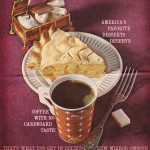 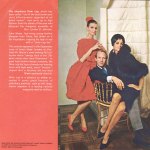 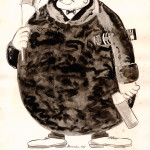 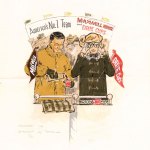 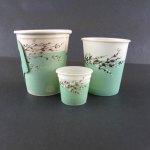 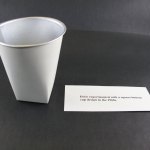 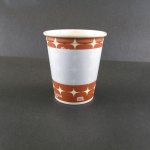 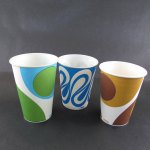 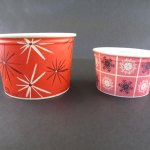 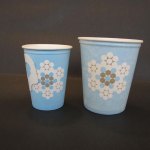