World War II was a critical period for the paper cup and container industry, which banded together to lobby for an expanded role during wartime. Before the United States was long at war, Dixie Cups were being delivered on a priority basis to the armed forces, the Red Cross, war industries, and other key users. Machinery in all Dixie Cup plants ran twenty-four hours a day.  And when the war ended, it had created the next major market for Dixie cups—vending.  The war had shown vending machines to be an important convenience, but the machines were erratic. At the request of the Coca-Cola Company, Dixie developed an efficient dispensing mechanism for drink vending machines, which was put into use in 1946. Advertising and promotional programs remained vigorous in the 1940s.  The decade began with emphasis on the new Fountain Dixies and ended with the advent of the first complete home line in 1949. Convenience was now as important as sanitation in the modern home. 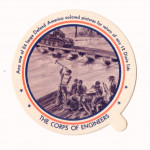 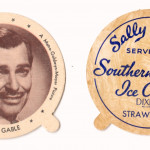 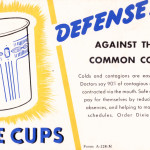 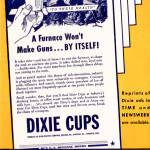 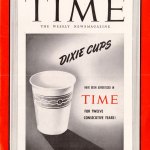 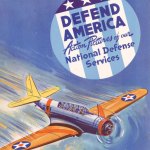 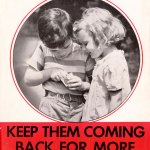 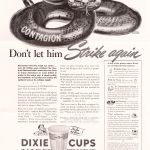 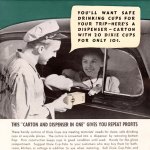 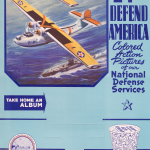 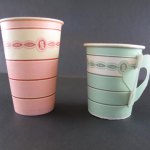 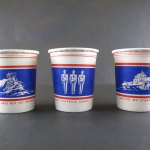 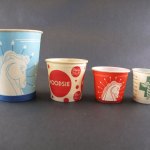