The depression years were not easy for the Dixie Cup Company, but it never had to miss a payroll or lay off workers.  In fact, Dixie added employees during this period and made headway by producing many new sizes and types of cups.  In 1931, the company made its first pitch to the home market, promoting a dispenser and package of cups as ideal for kitchen or bathroom use.  By this point all packaged Dixies were pasted-tinted and wrapped in cellophane.  The repeal of Prohibition opened the way for the production of beer Dixies in 1933.  Ice Cream Dixies continued their hold on the market, bolstered by a highly innovative promotional campaign, including a Dixie-sponsored commercial radio show, the Dixie Circus, running first on NBC and then on CBS radio, and a lid-redemption program that supplied American children with movie-star portraits and other premiums (free gifts).  In 1935, Dixie merged with the Vortex Company of Chicago, producers of the cone-shaped paper cup.  In 1938, the U.S. Public Health Service adopted a model ordinance for restaurant sanitation, opening a brand-new market for Dixie products. 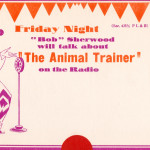 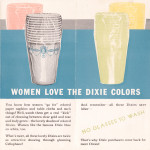 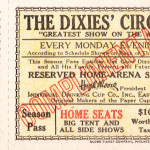 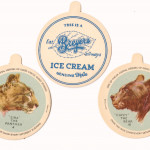 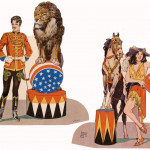 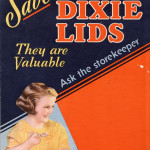 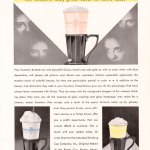 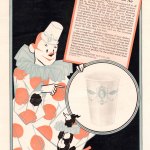 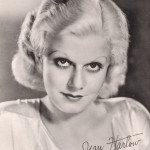 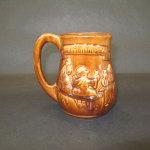 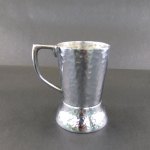 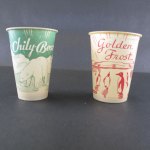 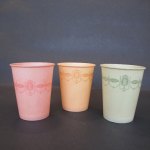 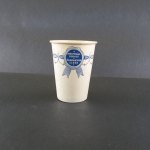 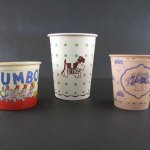 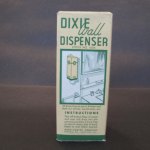