It was during this decade that Dixie Cups became a part of American life.  The flu epidemic after World War I had finally helped convince the public that the old common cup was a grave health menace.  Dixie needed larger production facilities and in 1920 began building a new plant in Easton, Pennsylvania.  The move from New York was completed in 1921, the first year that the packaged line of Dixie Cups for home use was introduced.  In 1923, Dixie embarked on one of its most successful ventures—the adaptation of its small cup to hold ice cream.  Adopting a franchise plan, the company enabled ice-cream manufacturers to place their logos on the Dixie Cups containing their ice cream.  Ice Cream Dixies at a nickel apiece captured the youth of America, such that the container became synonymous with the product, an unparalleled marketing phenomenon.  An extensive national advertising campaign in the late 1920s in trade magazines, newspapers, and popular magazines, including Liberty, Saturday Evening Post, and Good Housekeeping, helped solidify the success of the ice cream cups.  The late 1920s also saw the development of packaging for other types of food products and the introduction of decorated cups featuring the Adam Period design that became the company’s signature decoration for the next quarter of a century. 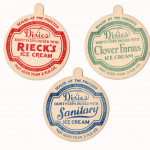 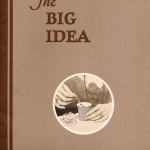 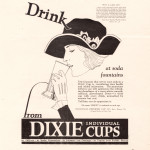 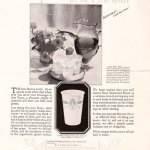 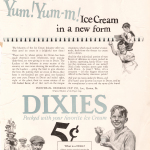 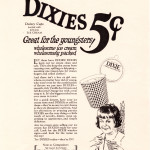 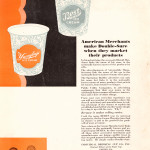 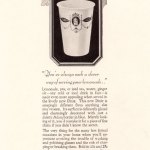 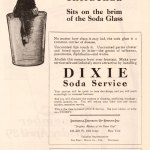 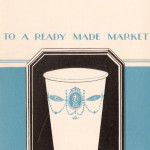 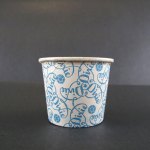 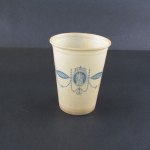 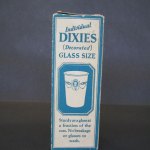 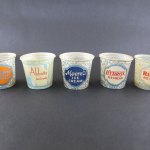 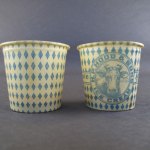