This article was launched in the summer of 2019 at the National Archives of Japan in Tokyo. 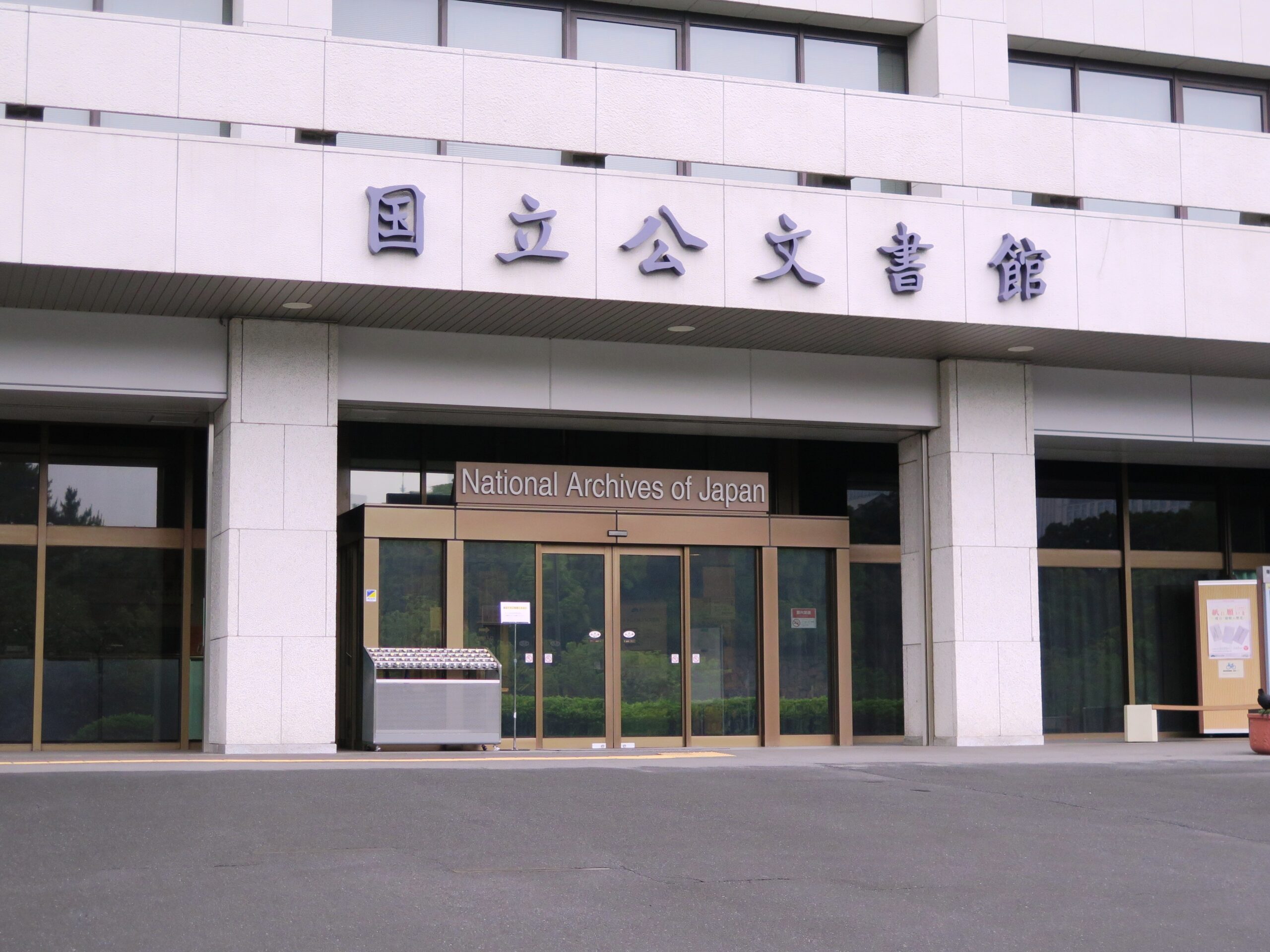 I was interested in battlefield honors for Japanese soldiers, and other forms of compensation, which are documented in a large collection of manuscript records in this repository. 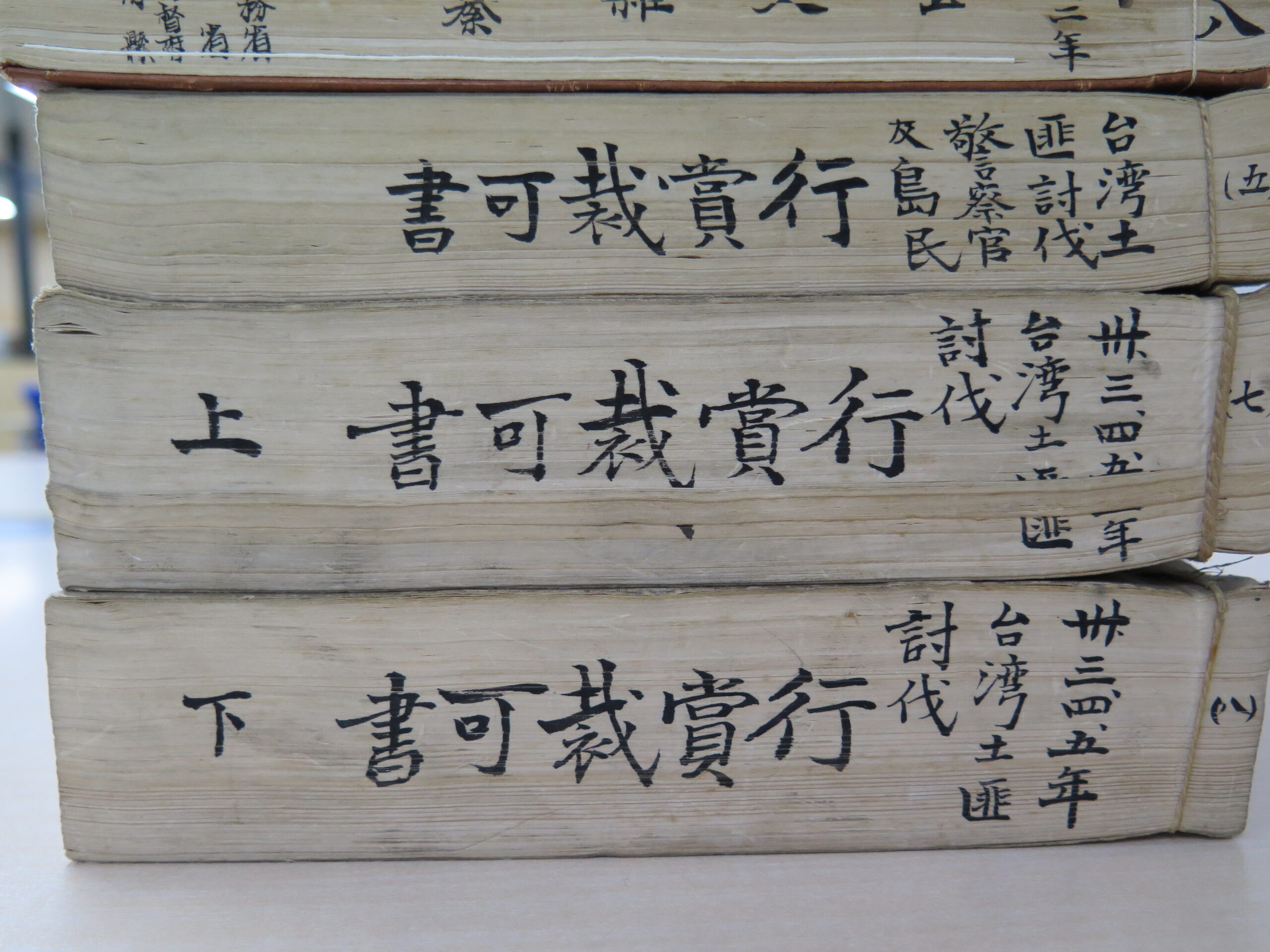 Based on the documents and catalogs, I made a chart to think about the temporal experience of “wartime” for families, soldiers, and sailors directly connected to military funerals, awards disbursement, and after-war occupations of foreign lands. This resulting chart suggests a nation at war from 1895 through 1945. 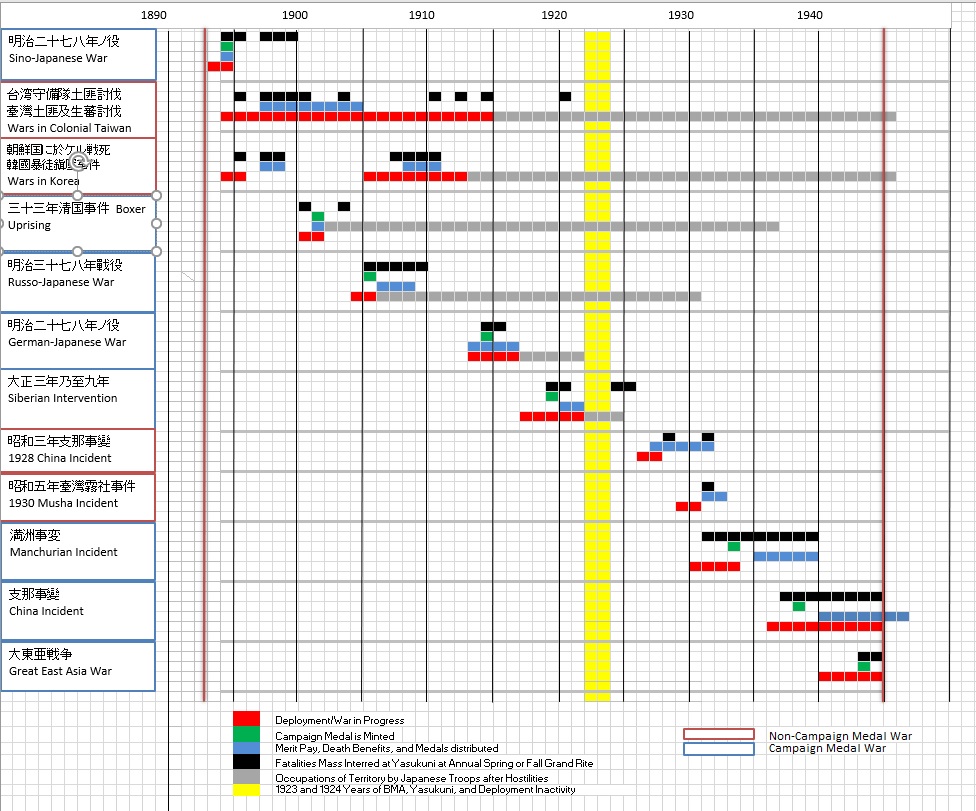 This  illustration  from  a 1930s  youth  magazine  shows  that  campaign  medals  were  issued  for  many  more  wars  in  Japanese  history  than  one  usually  reads  about  in  textbooks. 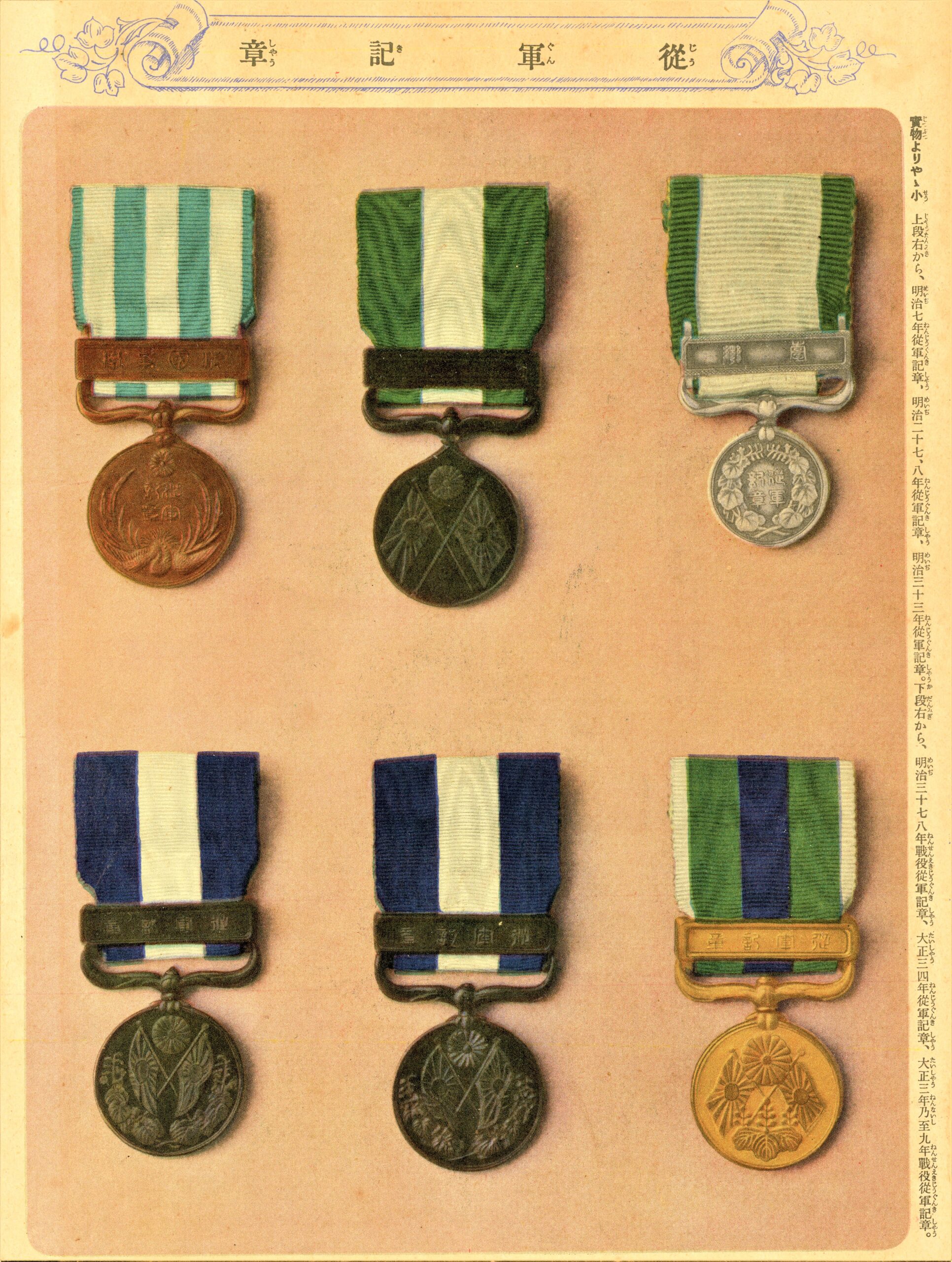 This picture postcard also reflects the publicity that surrounded “small wars” in Japanese history that have escaped the attention of historians. This article presents my thoughts on why these many smaller wars have been ignored, and how our views of Japanese history might change if we took such wars more seriously. 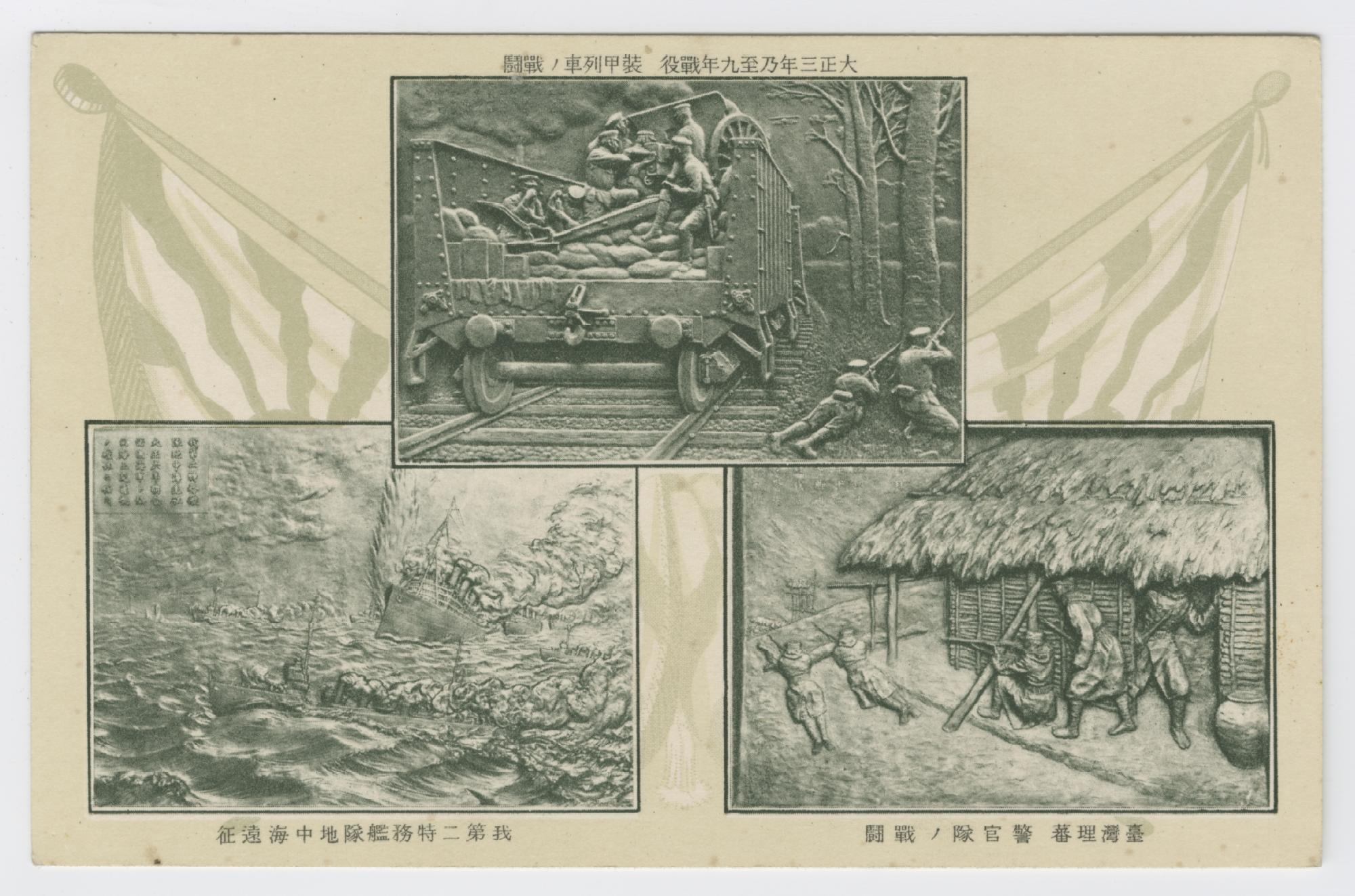