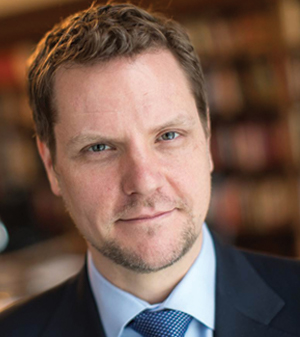 Michael Witmore, a scholar of Shakespeare and early modern literature as well as a pioneer in the digital analysis of Shakespeare’s texts, is Director of the Folger Shakespeare Library. Prior to that, he was a Professor of English at the University of Wisconsin where he directed the Working Group for Digital Inquiry, a group of humanists who use computers to assist in traditional humanities research. His books include Shakespeare and Early Modern Religion, co-edited with David Loewenstein (2014); Landscapes of the Passing Strange: Reflections from Shakespeare (2010), a collaboration with noted writer and photographer Rosamond Purcell; Shakespearean Metaphysics (2008); Pretty Creatures: Children and Fiction in the English Renaissance (2007); Culture of Accidents: Unexpected Knowledges in Early Modern England (2001); and Childhood and Children’s Books in Early Modern Europe, 1550-1800 (2006), which he co-edited. He is currently writing a book on the digital analysis of Shakespeare’s texts with Jonathan Hope, and shares work in progress on his blog: www.winedarksea.org. Witmore earned an A.B. in English at Vassar College, and an M.A. and Ph.D. in rhetoric at the University of California, Berkeley.