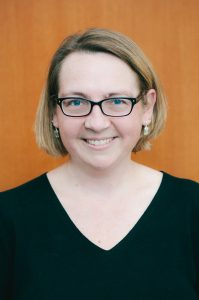 I’m a professor of mechanical engineering at Lafayette College, and served as department head from 2012-2017. I joined Lafayette in 2005.  After college and grad school at the University of California, Berkeley, I spent my first few years of faculty life at Harvey Mudd College.

I write an essay series called “An Engineer Reads a Novel” for Public Books, often focusing on the need for Technological Citizenship. I am an advocate for inclusivity, equity, and interdisciplinarity; at Lafayette, I co-direct the Hanson Center for Inclusive STEM Education. I’m eager to help engineers and non-engineers alike appreciate the way values are embedded in socially constructed technology, with  hope we can actively embed social, environmental, racial, and economic justice as we design our future. I am an active member of the ASEE Liberal Education/Engineering & Society community.

I love fluid mechanics, and have ever since I first mixed corn starch and water together in the kitchen sink. At Cal, I completed my Ph.D. thesis on computational simulations of blood flow in severely stenotic arteries with Stan Berger. David Saloner at UCSF helped me understand how modeling like mine was relevant to the diagnosis and treatment decisions being made by radiologists and surgeons.  I still focus primarily on the dynamics of biological fluids in diseased vessels, with both computational and experimental methods, and my landscape has broadened to include aneurismal vessels, venous valve disorder, and the mechanics of artery walls, as well as respiratory flow in asthmatic airways.

I’ve also studied the aerodynamics of Wiffle ball and badminton. I’m always game to investigate an interesting question in fluid mechanics, especially if I can persuade some undergraduates to sleuth around and marvel with me.

The Second Edition of my textbook integrating solid and fluid mechanics with significant historical context, co-written with Clive Dym and Lori Bassman, was published in 2015. I joined Team Mase as co-author of the Fourth Edition of Continuum Mechanics for Engineers, published in 2020. An essay, or perhaps a manifesto, appeared in Inside Higher Ed in 2014: Chocolate and Peanut Butter. I also write fiction, including the novel The Place You’re Supposed to Laugh (2018).