Lafayette College’s Special Collections holds several additional Egyptian objects, including the slate tablet that was donated to the college along with the papyrus.  The “golden spread eagle” (pectoral) from the original donation was stolen from the Lafayette Library in 1979, put onto the market, and eventually purchased by the Museum of Fine Arts, Boston, in 1981.  Clear title was granted to the MFA in 1992, after arbitration with the college.  (Link to an image and further information about the pectoral from the MFA.)

The tablet, which is described in the 1860 Seyffarth article, is thought by scholars to be a fake.  Professor David Silverman (University of Pennsylvania Museum) has identified the image as a crude copy of the harvest scene from the Tomb of Khaemhet in Thebes.  Professor Stephen P. Harvey (University of Chicago) concurs “that the piece is not an ancient Egyptian original.  In particular, the inscription is added from another source and is attempting to represent the names and titles of an individual.”

Seven other Egyptian pieces—papyrus fragments with Coptic text, papyrus fragments from the book of the Dead, fragments of linen mummy wrappings, and a wooden coffin fragment—were donated to the college in 2005 by Drs. Bart DeGregorio and Dominic Mariano.

In an October 10, 2012 post “Newly Found Fragments from Codex Tchacos” researcher Alin Suciu suggests that the papyrus fragments with Coptic text belong to the Book of Allogenes in the Codex Tchacos. 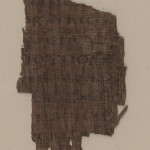 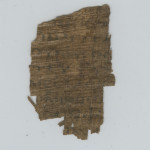 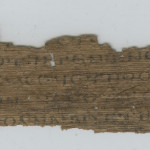 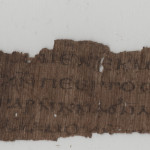 Drawings from the Book of the Dead 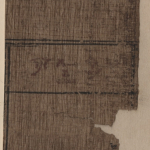 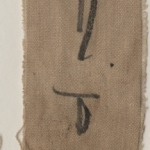 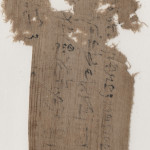 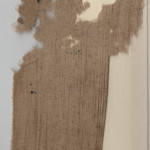 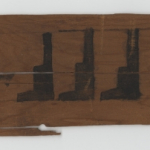