In its original housing at Lafayette College, the papyrus was sandwiched between a thick layer of glass and a wooden backing in a heavy oak frame.  At some point the piece sustained water damage, causing areas in the center of the papyrus to adhere to the glass.  The papyrus was broken into vertical fragments along the left side (the side that was probably the most tightly rolled originally) and some dislocation had taken place.

In 2003, the papyrus was taken to the Conservation Center for Art and Historic Artifacts (CCAHA) in Philadelphia for treatment.  It was removed from its original housing, surface cleaned, mended, and re-aligned.  The papyrus was mounted to a paperboard panel and placed in a sealed package, which was put into a custom-made wood frame.

During its stay at the CCAHA, Center conservators and conservation scientists from the Philadelphia Museum of Art conducted an analysis of the media and support.  The pigment analysis showed that the pigments found on the papyrus were consistent with those typically used by the ancient Egyptians. 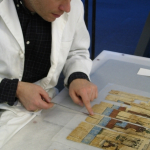 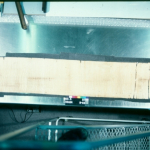 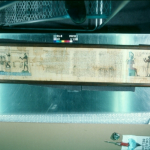 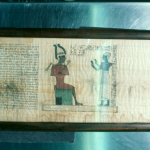 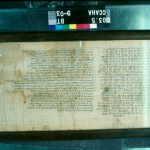 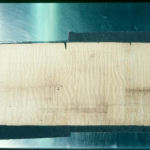 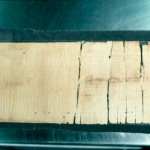 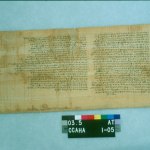 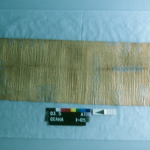 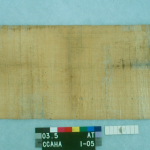 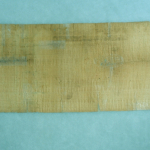 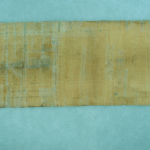