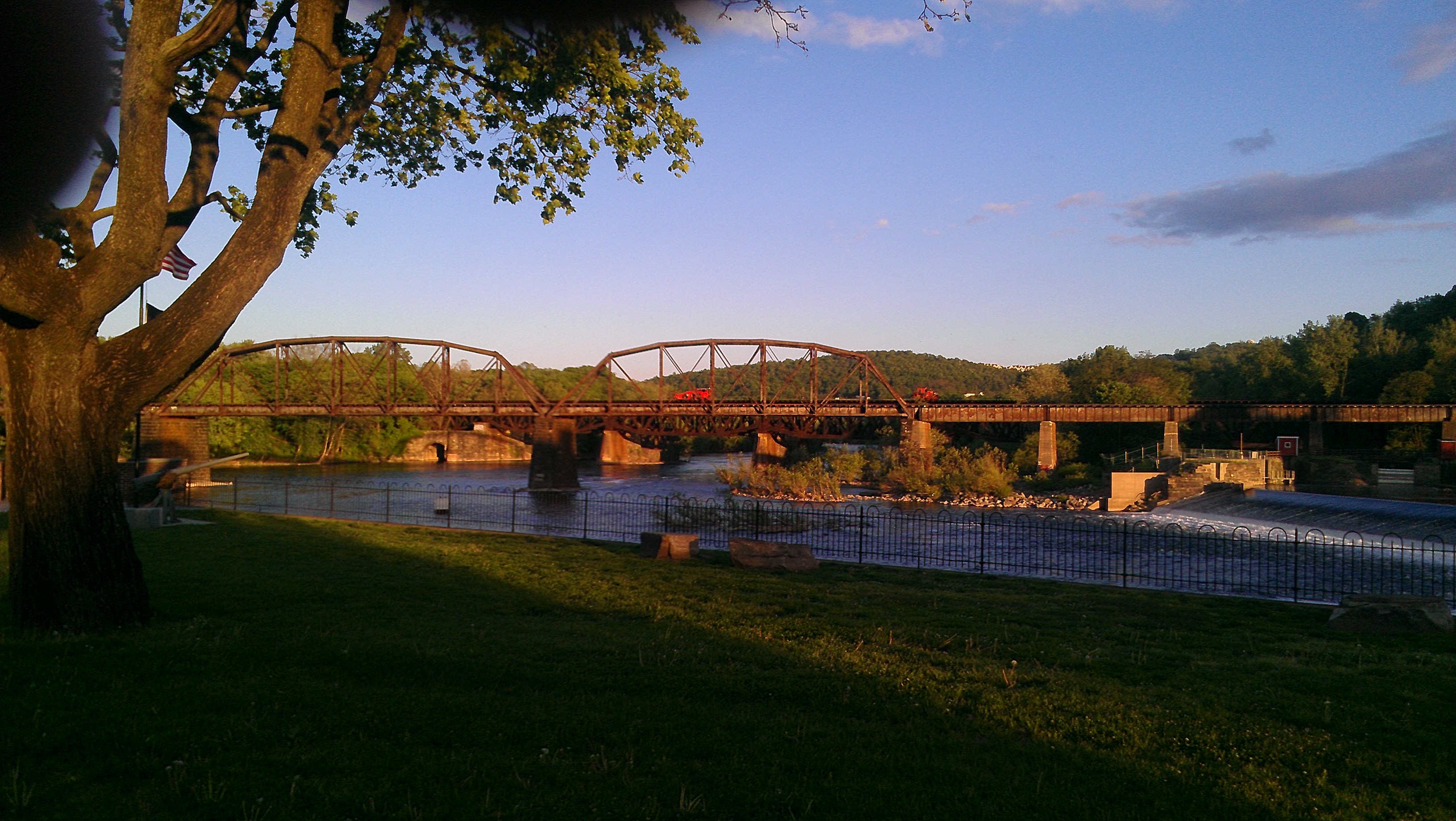 Last night I went for a walk down to the confluence of the Delaware and Lehigh Rivers. It’s a remarkable area. First, it’s bracketed by public parks: Scott Park (northwest) and Hugh Moore Park (southwest) on the Easton side, and the Delaware River Park on the Phillipsburg, New Jersey side. Second, it hosts no less than three railway bridges which stand as a reminder to Easton’s past importance in that trade:

The Lehigh Valley bridge is I believe out of service but the other two see daily use. This evening I was fortunate enough to catch some Norfolk Southern maintenance-of-way equipment on the ex-CNJ bridge, followed about 20 minutes later by a grain train grinding slowly across the ex-LHRR bridge and into Phillipsburg.