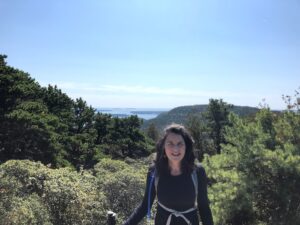 Susan L. Averett is the Charles A. Dana Professor of Economics.  She holds a Ph.D. in economics from the University of Colorado. Her current research focuses on under-represented women working in STEM fields. She is also doing research on the effects of noise and light pollution on infant health. She is the co-author, with Saul D. Hoffman of the textbook “Women and the Economy: Family Work and Pay” and a fourth edition will come out in the winter of 2022. Along with Laura Argys and Saul Hoffman, she is the editor of the Handbook of Women and the Economy published in May 2018 by Oxford University Press. She teaches courses on women and economics and econometrics and has received numerous awards for her teaching.

Averett is also an IZA research fellow and is currently a co-editor for the journal Economics and Human Biology.  Along with Ed Gamber she was co-editor of the Eastern Economic Journal from 2010-2015. She has also served as the Eastern representative for the Committee on the Status of Women in the Economics Profession.