Public Lectures. Professor Peleg has delivered hundreds of lectures in academic, civic, and religious settings (churches, synagogues, etc.). He has been interviewed on CNN, Voice of America, National Public Radio, the Canadian Broadcasting Corporations, and many more. Among his topics are the following:

Books. Among Professor’s Peleg books are the following:

Among Professor Peleg’s recent scholarly articles are the following: This volume incisively analyzes the foreign policy of George W. Bush. Examining the legacy of the forty-third President, author Ilan Peleg explains the complex factors underlying the Bush Doctrine: neoconservative ideology, real and perceived challenges to US world supremacy, Bush’s personality, the White House’s unique decision-making process, and the impact of September 11. Peleg argues that in its shift from deterrence and containment to prevention and preemption, from multilateral leadership to unilateral militarism, and from consensual realism to radical neoconservatism, the Bush administration has effected a true revolution in the foundational goals, as well as in the means, of US foreign policy. 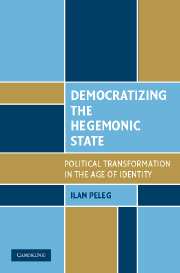 This book explores alternative ways of solving political conflicts between ethnic groups in deeply divided societies. Through a detailed analysis of 14 different countries in Africa, Asia, Europe, North America, and the Middle East, Peleg creates a framework that will allow humanity to move toward a solution to some of the bloodiest conflicts in history. Long-lasting solutions cannot be found by merely granting individuals equal rights, but by recognizing the rights of distinct groups. This book examines the most important political and ethical issue of the contemporary world: the future of deeply divided societies dominated by ethnic politics.