Paul D. Barclay, professor and head of the History Department, recently updated and expanded his 2018 book Outcasts of Empire: Japan’s Rule on Taiwan’s “Savage Border,” 1874-1945 (University of California Press) for a Chinese-language edition. In January 2020, Taiwan National University Press published it as Dìguó qìmín: Rìběn zài Táiwān `fānjiè’ nèi de tǒngzhì with a forward by noted historian of Japanese imperialism Chen Wei-chi. The prolific Taiwanese poet and literary critic Walis Nokan wrote that “it could be the most profound, rigorous, and informative book I have read in recent years about the Japanese Empire’s rule over Taiwan’s indigenous peoples.” The first print-run sold out in March. The 535-page tome is now in its second printing.

The English-language edition of Outcasts is based on two decades of research in Japanese, Taiwanese, and U.S. archives, special collections, used book stores, libraries, and online auctions, in addition to field sites in Taiwan itself. It tells the story of how the Japanese empire “reterritorialized” its island colony to create an “Indigenous Territory” with a distinctive administrative status. The book argues that global processes were afoot in the early twentieth century that gave not only Taiwan’s indigenous territory, but other globally distributed special administrative units (such as Native American reservations) their historically novel, yet enduring characteristics. 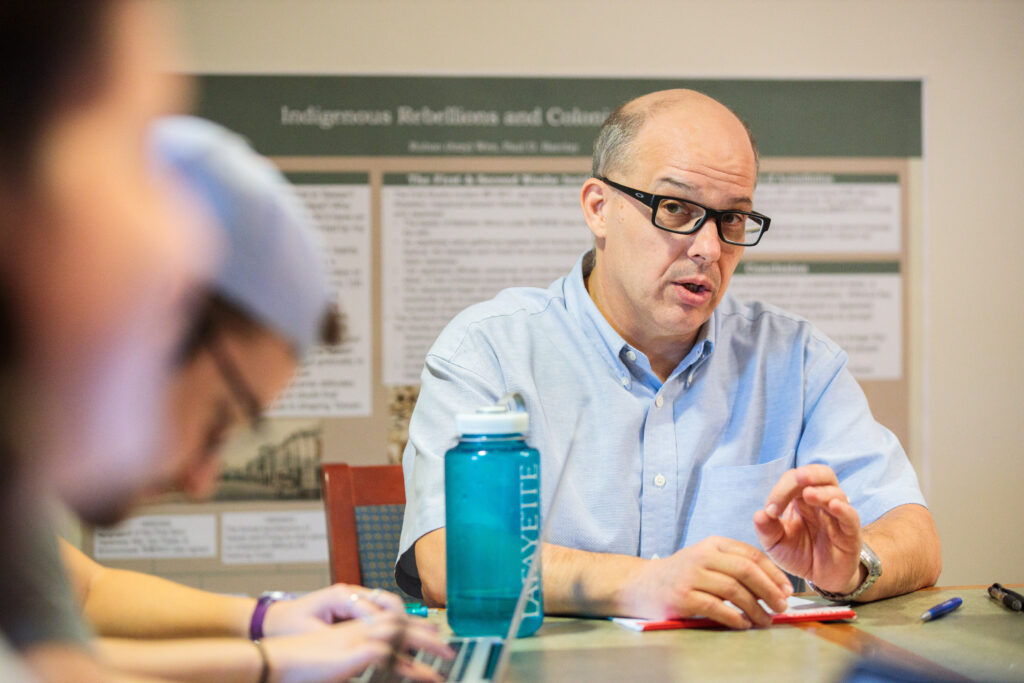 “Such areas were awkwardly enfolded into the nation-state system and the capitalist world economy, while they remained excluded from the same systems in important ways,” says Barclay. “In today’s Taiwan, indigenous rights activism has understandably taken aim at the forces promoted by Japanese colonial rule (1874-1945)—especially land dispossession and the destruction of eco-systems. At the same time, much of the movement’s symbolism, lexicon, and most importantly, conceptions of territory and sovereignty, borrow heavily from old Japanese colonial maps, museums, administrative systems, and scholarship.”

The Chinese edition of Outcasts adds more detailed local case studies, and a chapter on post-World War I ethnonationalism, based on new research conducted at the Harvard Yenching Library and at Taiwan’s Academia Sinica with the support of the Lafayette College Provost’s Office and a Richard King Mellon grant for summer research. EXCEL scholars Ning Jing ’19 and Ruhao Wen ’20, and the editorial-translation team at National Taiwan University, contributed significantly to the book’s completion as well.