the official site for the Lafayette College Club Squash Team 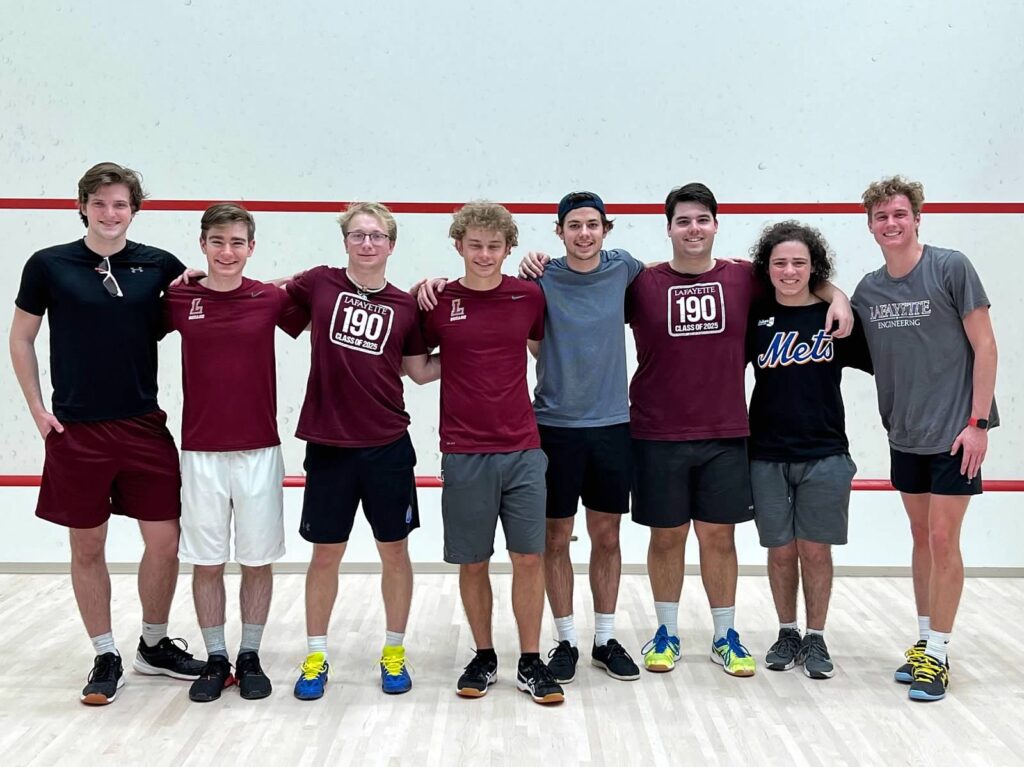 CSA Nationals in 2022 was held in Philadelphia the weekend of February 19-20. Lafayette entered as the 7th seed for the Hawthorn (C) Division. While our coach Eric Boyer would normally accompany the team to nationals and to other round robins, due to personal conflicts, he was unable to assist this semester.

The team first played Xavier (10th seed), winning 7-2 in the round. In the second round, Lafayette faced its historic rival in Lehigh (2nd seed), however, we lost 1-8 to the Mountain Hawks. In the consolation round, we then lost 0-9 against Notre Dame (6th seed), putting us in the consolation playoffs against Kenyon (8th seed). Lafayette lost a close 4-5 match, ultimately resulting in us placing 8th in the Hawthorn Division. The team came into the tournament as the 23rd-ranked co-ed club team and finished 24th.

Check out the Lafayette Newspaper’s coverage on the team’s performance at Nationals: https://lafayettestudentnews.com/129563/sports/club-squash-team-attends-nationals/ 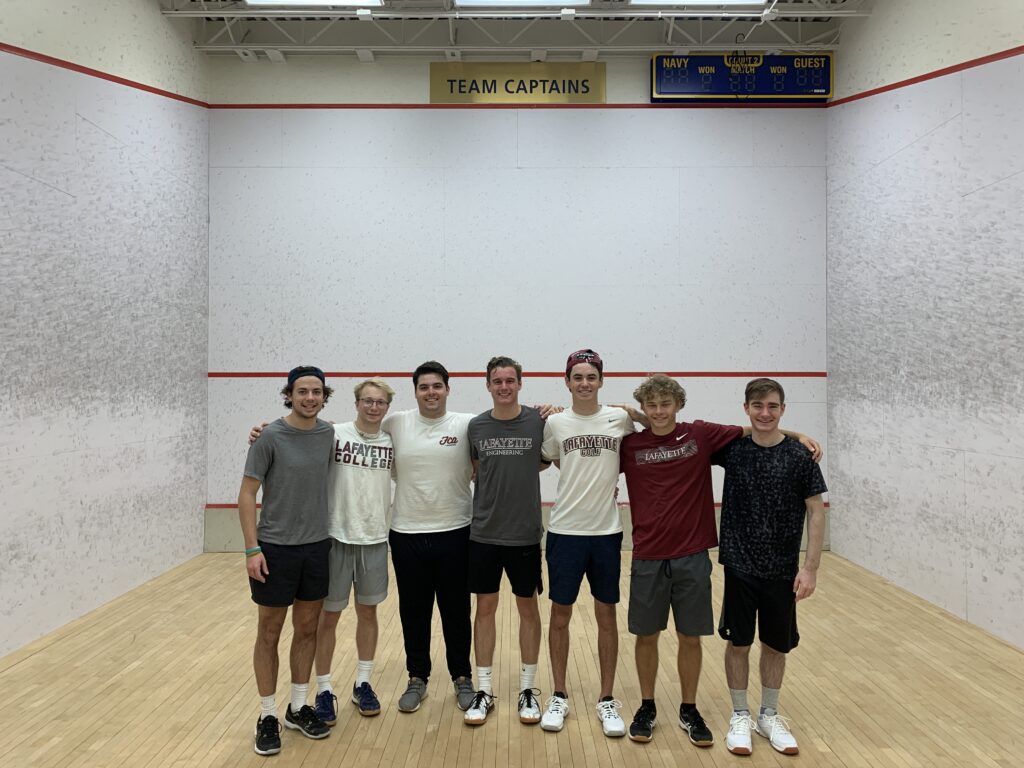 On February 5th, 2022, Lafayette drove down to Annapolis to play a round-robin vs The Naval Academy’s club team and Johns Hopkins.

We then played the Naval Academy’s club team, losing 7-2, with wins from Burton and Gates again. 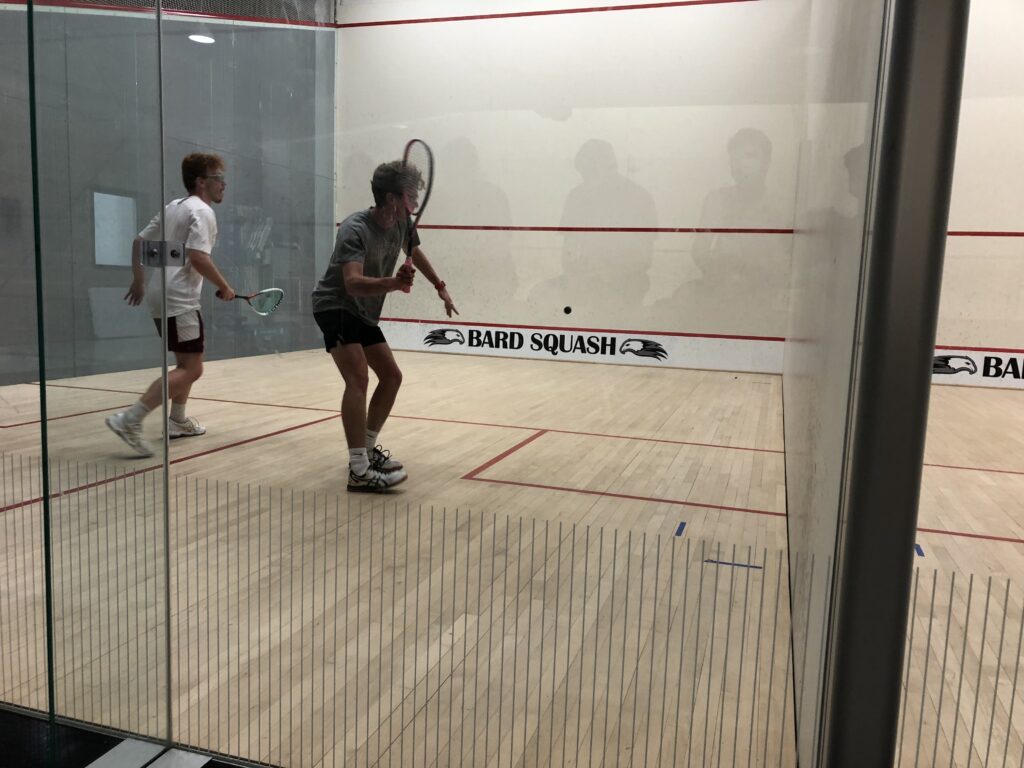 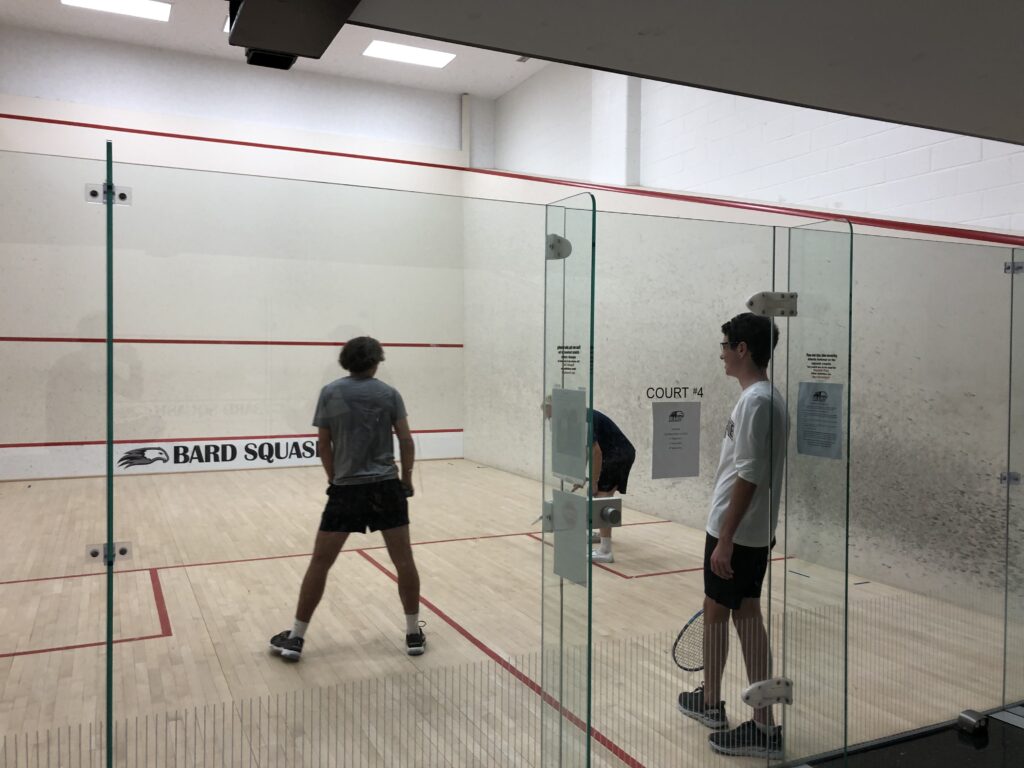 On November 13th, the team took a day trip drive up to Bard College to compete in a round-robin. The team played three matches, against Vassar, Colgate, and Swarthmore. Although Bard hosted the event, too many injuries kept them from fielding a full team (although some of our players played exhibition games with Bard players).

Lafayette first played Vassar, losing 8-1. The standout matches came from Burton and Gates at ranks 1 and 2 respectively. Both played long 5 game matches against their Vassar opponents, with Burton clutching his 50-minute set for the Leopards’ only win of the match.

The final match was against Swarthmore, where Lafayette won 6-3.  Leininger, Humphrey, and Swain netted their first wins of the day, while Burton, Gates, and Ricci continued their win streak from the preceding match. 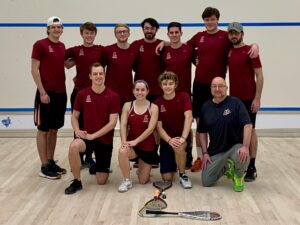 The team entered the tournament as the 9th seed in the Hawthorn (G) Division. The team beat Swarthmore (8th seed) 5-4 in the first round, then beat Notre Dame (1st seed) 5-4 in the quarter finals. The team lost to Lehigh (4th seed) 0-9 in the semi-finals, and then lost to Duke (3rd seed) 2-7 in the consolation match for 3rd/4th place of the division. The team came into the tournament ranked as 57th in the nation and finished as 52nd.

Check out The Lafayette newspaper coverage on the team’s performance at Nationals: https://www.lafayettestudentnews.com/blog/2020/03/06/final-club-squash-nationals/ 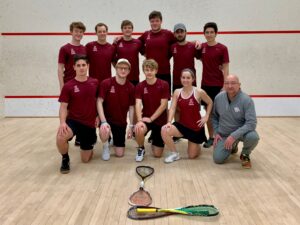