“There is a Catskill eagle in some souls that can alike dive down into the blackest gorges, and soar out of them again and become invisible in the sunny spaces. And even if he for ever flies within the gorge, that gorge is in the mountains; so that even in his lowest swoop the mountain eagle is still higher than other birds upon the plain” ― Herman Melville Moby Dick

I have been fascinated with birds of prey since childhood. They are wary of humans and challenging to photograph – good pics usually require some knowledge of raptor behavior, a good amount of patience, and often a dash of luck. Click on the pic to see a larger version. See my raptor research page for more about my work with raptors. Waiting for eagles at Tussey Mtn Bald Eagles have become fairly common along the Delaware River in the last decade. This one was perched along Rt 611 just north of Easton. “The mind is loosed, and, emptied of all edged and clattering thoughts, goes freely floating out to meet the bird” – M. Murie writing about golden eagles in Alaska Young osprey on the hunt. Osprey have made a strong comeback along the Delaware River in the past decade. 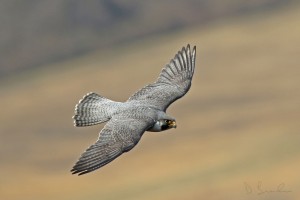 Peregrine falcon zooms past below eye-level Cooper’s Hawk has adapted well to suburbia, including College Hill. Another Cooper’s migrating along Blue Mountain Broad-winged Hawk migrating along a ridge near Easton 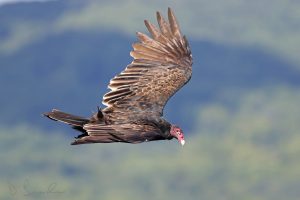 Turkey Vulture soars with ease on the updrafts One of the strangest raptors – Secretary Bird at Maasi Mara, Kenya Adult accipiters have a fierce red fire (apologies to Leopold) Hey you! Don’t steal my pictures!